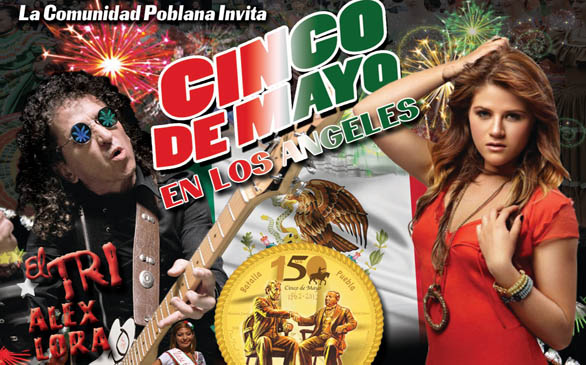 If you do not already have plans for this coming weekend's Cinco de Mayo massive festivities in the Los Angeles area, then Olvera Street is where you want to be. Although the celebration kicks off Friday at May 4th at 10 a.m. at Los Angeles City Hall with a proclamation bestowed to rock legend Alex Lora as Ambassador of the Union of Poblanos abroad in the celebration of the 150th anniversary of the battle of Puebla on May 5, 1862, the main event is Saturday (May 5th) at Olvera Street with several musical acts on stage to perform. This, of course, includes Grammy award-winning rock legend Alex Lora, originally from Puebla, Mexico, and recognized with his band El Tri as one of the founders of Rock En Español.