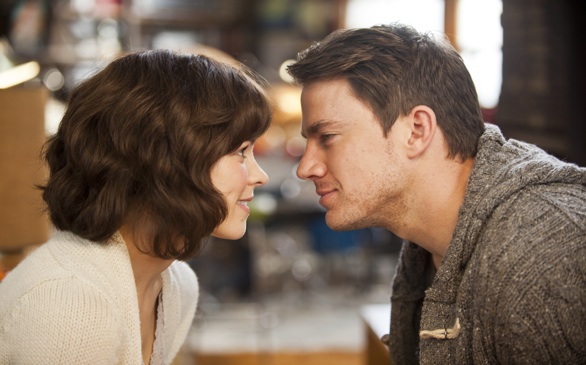 The Majors: Steven Soderbergh enters the brave new world of contracted espionage in Haywire. The star-studded ensemble and backstabbing intrigue are all really just window dressing for mixed martial arts fighter Gina Carano to do her thing with some show-stopping action.

Rachel McAdams and the suddenly ubiquitous Channing Tatum star in the true romance, The Vow. After a car accident leaves his wife with no memory of the last five years, Leo has to win back the love of his life. Sam Neill and Jessica Lange co-star.

Madonna makes her writing/directing debut with W.E., the story of what is called the greatest romance of the 20th century: King Edward VIII abdicating the crown in order to be with his American love.

The Idiotbox: The always-engaging Laura Linney stars as a suburban housewife diagnosed with cancer in “The Big C:” Season 2. She decides to fight back with humor while undergoing experimental treatment. Oliver Platt co-stars with guest stars Alan Alda and Parker Posey.

Computer geek turned government super spy Chuck returns for one last season in “Chuck:” Season 5. Newly married to Sarah, and after revealing his secret identity to his family, Chuck and his crew strike out on their own to save the world without the CIA’s help.

The Horror! The Horror!: The director of The Grudge returns with The Shock Labyrinth. The thriller follows a group of teens who become trapped in a nightmarish hospital.

Kate Beckinsale returns in the stylish action-horror franchise Underworld: Awakening, where humans wage an all-out war on lycans and vampires.

Foreign Fare: The director of the Oscar-winning No Man’s Land returns with Cirkus Columbia, a black comedy set in the days leading up to the Bosnian War.

Stranger Than Fiction: The Hitler Chronicles collects four amazing documentaries that reveal sides of the Nazis rarely seen, including: Hitler: A Career, Architecture of Doom, Dear Uncle Adolf and Top Secret Trial of the Third Reich.

Blu Notes: Before the third installment hits theaters, revisit alien-policing agents J and K (Will Smith and Tommy Lee Jones) in the original sci-fi action-comedies Men in Black and MIB II, now on Blu-ray and chock-full of special features.