Nashville's New Talent (And Where to Find it) 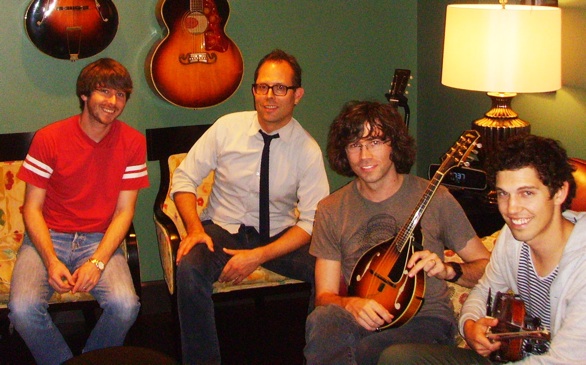 Nashville has long been known as the home of country music, and it’s very easy to delve into the legacies of all the great artists that earned Tennessee’s capital the nickname Music City. Just head to the Country Music Hall of Fame to see exhibits featuring legends like Patsy Cline and Hank Williams, or attend a Grand Ole Opry performance to see classic country artists like Bill Anderson, the Oak Ridge Boys and Little Jimmy Dickens. But Nashville’s music scene has never been content to rest on its laurels, so where do you go to hear new and developing artists?

It might be fitting that one of the best places to hear new, uniquely American music in Nashville is in a barn. But don’t expect hay bales and pitchforks at the Loveless Barn; while the facility is not architecturally fancy, it is in fact a state-of-the-art venue and the home of Music City Roots, a weekly program broadcast live on the radio and the Web every Wednesday. Attending a Music City Roots show is extra fun because the audience plays a big part in the live broadcast, and you get to see how things work “behind the scenes.” The show is usually hosted by alt-country singer and songwriter Jim Lauderdale, an affable down-home personality who injects humor into his stage patter as he introduces acts from all over that honor the Nashville music tradition. A recent show featured Colorado-based folkies Elephant Revival, the hard-core acoustic country of the Wilders, the Milk Carton Kids, soulful regional favorite Grayson Capps and Mic Harrison & Scott Miller, two of the men who helped shape the Knoxville music scene in recent years. The show’s final segment finds everybody jamming on stage, including Lauderdale, and generally every act is accessible afterwards for fans who want to chat or take a photo. For more information, visit musiccityroots.com.

Franklin is a small city just outside of Nashville, about 20 miles from downtown. Country superstars Brad Paisley, Kenny Chesney and George Jones live in Franklin, as does Jack White (White Stripes, the Dead Weather), and the city is also where Kings of Leon and Paramore are from. Franklin’s small downtown area is home to the recently restored Franklin Theatre, a classy venue used not only for concerts, but also for stage plays and movies. You might catch a known act like Sweethearts of the Rodeo or Mountain Heart there, but the Franklin also hosts shows by relative unknowns such as the Farewell Drifters. The music of the Farewell Drifters captures the spirit of new Nashville perfectly; the title of their recent album Echo Boom refers to the fact that the band’s music reflects a modern take on the kind of country music that was made by Baby Boomer acts. For more information on the Franklin Theatre and to purchase tickets for upcoming shows, visit franklintheatre.com.

A little farther out – about 40 miles from the Nashville city limits – is Watertown, home to the Blue Tomato Market and Café. As you might expect from the name of the place, the Blue Tomato is a fun place to have lunch, but the eatery’s small stage really comes alive in the evening; here you can see intimate performances by acts like Appalachian trance-folk husband and wife duo Arborea, swinging blues-rockers Eight O’ Five Jive and the traditional Americana sounds of the Shelby Bottom String Band. For more information, visit bluetomatomarketandcafe.com.

Tried-and-true Nashville venues present new acts on a regular basis too; see what you can find on a crawl of the city’s many honky-tonks on Broadway Avenue. And even the vaunted Grand Ole Opry presents upcoming acts like Joey + Rory from time to time. Nashville is not just Music City; it’s a city where you can have your music, your way.

To plan your musical Nashville getaway, visit visitmusiccity.com or tnvacation.com.