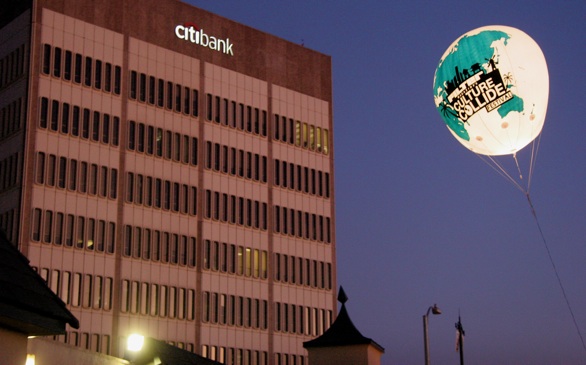 Even if you’re on a tight budget, you can experience music and art from across the globe during Culture Collide 2012. Of Montreal (U.S.), Junip (Sweden), Clinic (United Kingdom), School of Seven Bells (U.S.), Penguin Prison (U.S.) and Class Actress (U.S.) are all set to rock the hell out of Echo Park on October 4-7. John Talabot (Spain), Dean Wareham Plays Galaxie 500 (U.S.), Breakestra (U.S.), Tribes (United Kingdom), American Royalty (U.S.), Moss (Netherlands), The Standards (Thailand), The Kavanaghs (Argentina) and Marit Larsen (Norway), will also be performing, with many more to be announced soon.

The four-day event, which will take place in various locations throughout Echo Park, is sure to be full of surprises!

What else can attendees expect this year? Aside from full-band live performances, the International Music and Art Festival presented by S.O.Terik will offer a slew of fun activities, such as intimate acoustic sets, film screenings and happy hours featuring free food and drinks from around the world. Additionally, the celebration will wrap up with an all-day block party on Sunday, October 7. Not bad for only $20!

This festival is known for introducing people to a wide range of quality music, celebrating the cultural melting pot that this city embraces, and creating a unique experience for all who attend.

“The Culture Collide Festival has always been dedicated to bringing good music from all over the world to Los Angeles, and in our third year, we’re creating something bigger and better than ever, while still keeping it affordable to attend,” said Alan Miller, co-founder and co-publisher of FILTER Magazine.

Additional details on participating countries, artist line-ups and festival activities will be announced in the coming weeks. A limited number of Culture Collide Festival wristbands are now available, priced at just $20 at TicketWeb.