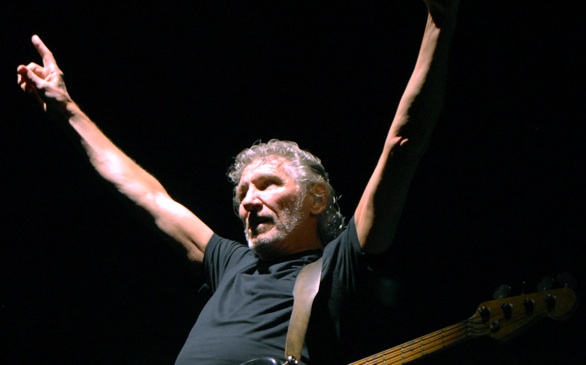 The Los Angeles Memorial Coliseum has evolved into a location for music’s top performers, attracting large audiences for summer specials. Last year's L.A Rising concert headlined by Rage Against the Machine drew a capacity crowd, setting the tone for the next contender. Much like the torch that burns freely atop the outdoor sports stadium, Roger Waters carried that blaze into another dimension with his full performance of The Wall. The last time Waters performed in Southern California, the show was confined to indoor arenas, but the imagery and subtext found in every verse cried out for an open-air spectacle.

At 68-years-old and still full of life, Waters pressed the boundaries of passion, art and excitement across a stage that extended 500 feet. Bricks rose 30 feet high, creating the wall that provided a backdrop for elaborate theatrical effects. Massive projectors and multimedia visuals made it impossible for anyone to have an obstructed view.

The Wall was much more than your typical concert; it was a profound Broadway-like experience that penetrated every mind in the crowd. Each move seemed to be choreographed and executed seamlessly as Waters interacted with the pixel imagery reflecting on the bricks, which displayed vivid explosions and collisions across the wall. The imagery projected on stage often displayed a post-Orwell regime with Big Brother monitoring everyone’s every move.

The night was split into two sections, and Waters performed each song in chronological order with an intermission between the double albums. Each song contained a unique optical approach, yet maintained the classic attractions like a giant inflatable pig floating across the audience and massive school master puppets that rattled fans up front.

During "Another Brick in the Wall (Part 2)," a choir of young children shared their talents and sang one of the most well known musical choruses: “We don’t need no education/ We don’t need no thought control,” while protesting in unison with their fists pumping back and forth to the audience.

Aside from Waters, who was strutting across stage with his bass, he was accompanied by a 12-person band that combined guitar solos, trumpets, organs, keyboards, ukuleles, banjos and mandolins, recreating the album's prolific sound.

During every song, loud effects and lingering voice-overs added an eerie tone, capturing the concept album's essence before a live audience. Helicopter sounds made it seem as if anti-tank aircrafts hovered over fans, and spotlights blinded random spectators while Waters forcefully pointed along, eagerly leading to the grand finale where the wall crumbles.

The Wall tour began 32 years ago at the Memorial Sports Arena with a seven-consecutive night performance, and returned to its origins with superior technology that Waters himself would have never envisioned. The theoretical rock spectacle is a show that must be experienced live. Since mid-2010, close to 2 million tickets have been sold, and over a quarter billion dollars have been generated across 150 cities globally.

Waters will continue his well-oiled machine across North America for the next eight weeks, concluding in Quebec City.