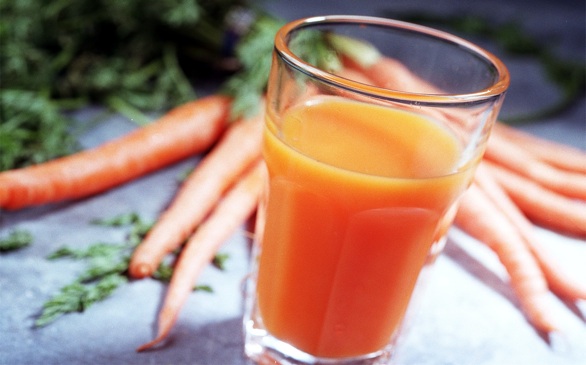 Whether you are trying to be healthier, or just like your fruits and veggies in a glass, juicing is as popular as ever in the Valley.

These days juicing devotees, fueled by food documentaries and social media, are creating juices that mix sweet tasting pineapple with the robust flavors of ginger and kale.

And while it may not look appealing to everyone, it packs a taste and nutritional punch, experts say.

“Juicing has become a quick and easy way to include nutrient-dense food in your diet,” says Becky Cantrell, healthy eating specialist at Whole Foods Market Fresno.

Cantrell, who recently held a juicing demonstration at the Fresno store, says movies such as “Fat, Sick and Nearly Dead” have helped increase the interest in juicing. The movie tells the tale of an Australian man who shed 100 pounds and improved his health by going on a juicing diet.

Also, social networking sites such as Pinterest are flooded with juicing recipes and photos.

At Revive Cafe in downtown Fresno, Tara Hamilton has freshly pressed juices on her daily menu. The restaurant specializes in vegan and natural food recipes.

She recommends people try a 20% to 30% mix of greens to 70% fruits and vegetables. She says people should also think about what type of juice they want to make before investing in a juicing machine. Some machines separate the juice from the fruit and vegetable fiber while others don't.

Hamilton likes the juice-only type, saying the body does not have to work as hard to process what you drink.

Other people may need the extra fiber. Dietitian Lisa Herzig says that for diabetics, the fiber helps to avoid surges in blood sugar levels.

“Food is medicine and when you put it in concentrated forms you do have to be careful, says Herzig, director of Fresno State’s Dietetics and Food Administration Program.

Overall, Herzig says juicing provides the average person with the fruits and vegetables he or she is missing from the diet.

“Fruits and vegetables are the two categories that people consume the least in their diets,” Herzig says.

Tracy Stuntz’s attempts to kick her caffeine habit turned her on to juicing.

She began by consulting her Facebook friends about what type of juicer to buy, got the “Big Book of Juices” by Natalie Savona and began creating her own concoctions.

“The first couple of juices I made were pretty gross,” Stuntz says. “I just didn’t have the right mix of vegetables and fruit.”

Stuntz has gotten considerably better over the last six weeks and can now whip up creations of her own. She makes good use of the produce she gets from T and D Willey Farms. And she recently combined sweet potatoes and orange juice.

“It was surprisingly sweet,” she says. “It tasted just like a Creamsicle.”

Juice together the apples, then the kale. Add the lemon, ginger and pineapple.
-- Becky Cantrell, Whole Foods

Juice the carrots, then the beets and the celery. Finish with oranges.
-- Becky Cantrell, Whole Foods