The Thing That Ate Larry Livermore, Father Yod and Torches 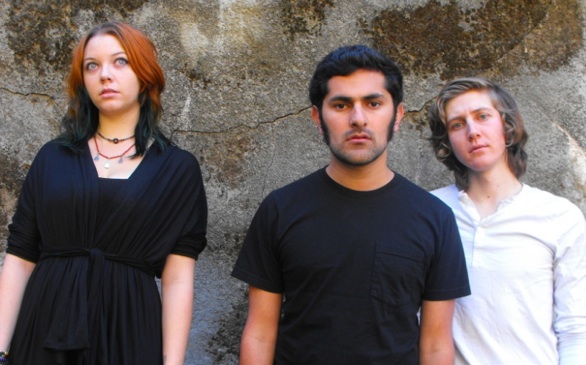 THE THING THAT ATE LARRY LIVERMORE
Adeline Records has announced a May 29 release date for The Thing That Ate Larry Livermore, a new music compilation featuring songs written exclusively for the collection by some of the best and brightest bands in punk rock. The set’s title is a nod to the co-founder and head of Lookout Records, the Bay Area label that introduced the world to bands like Green Day, Operation Ivy, Rancid and Screeching Weasel. “When Billie Joe [Armstrong, of Green Day] asked me to put together this compilation, my first reaction was to say ‘absolutely not,’” says Livermore. “I was too busy with other projects, and besides, I’d been saying for years that I was done with the music business and that people should take me out and shoot me if I ever showed any sign of wanting to get back into it.” Among those contributing cuts to the album are Mixtapes, the Dopamines, Mean Jeans, the Hextalls, Lipstick Homicide, Dear Landlord, City Mouse and Night Birds.

FATHER YOD & THE SOURCE FAMILY
You probably haven’t given the question much thought, but do you know who opened the first health food restaurant in Los Angeles? A communal group called the Source Family did in 1971, and their Source Restaurant on the Sunset Strip drew a clientele that included Beatle John Lennon, Frank Zappa and actress Julie Christie. But the story didn’t end at the lunch table; the Source Family had a spiritual leader named Father Yod, who had a Hollywood Hills mansion, a chauffeured Rolls Royce, 14 “spiritual wives” and his very own rock band. The music the neo-hippie tribe made was thought to be long-lost until recently, but Drag City Records this week released The Thought Adjusters, a 70-minute exercise in minimalist trippy-ness. And true to the era, you can even purchase the psychedelic adventure on vinyl.

TORCHES: HEADS FULL OF RUST
For the past couple of years, psych-rock act Torches has been haunting the Echo, the Bootleg Theater and seemingly every other venue in town as it worked to grow a fervent fan base; now, the trio has just released a debut full-length album called Heads Full of Rust. “This record is about being confused, having lust, greed and searching for…something,” says Torches guitarist Azad Cheikosman. “It’s a relatable record in my book. We want to be able to connect with more people and share experiences.” Torches will be sharing experiences at the Bootleg on June 2, at the Make Music Pasadena show on June 16 and at Casey’s Bar on June 22.

HALF NOTES
Ska legends the English Beat will be playing a show to benefit Doctors Without Borders in Agoura Hills on May 31. The concert takes place at the Canyon Club, and if you spring for V.I.P. tickets ($100) you’ll get to attend a private meet-and-greet with the band and be guaranteed seating at the otherwise general admission event. In other English Beat news, Shout! Factory is releasing The Complete Beat, a comprehensive 5-CD box set retrospective on July 10. She’s performing in New York and Europe this month but L.A.’s Simone White has just released her Silver Silver album featuring guests Thao, Andrew Bird and Victoria Williams. Expect the hypnotic songstress to play locally again sometime this summer. Rapper Keon B and producer Blair Taylor, both 21-years-old and collectively known as Speakers, have released a debut E.P. called New Frequency. June tour dates will be announced shortly at speakersmusic.com.