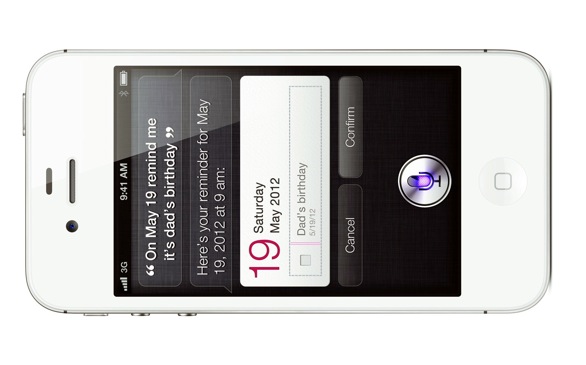 The next iPhone will have a larger screen.
(Credit: Apple/MCT)

Been thinking about buying an iPhone? If screen size counts, you might want to hold off a bit. A 6th generation iPhone growing the panel to “at least 4 inches diagonally” is set to begin production in June.

So reports “people familiar with the situation” blabbing to the Wall Street Journal, also first to slip that a new, smaller screen iPad is on the way this fall. (WSJ's Walt Mossberg was thisclose to Apple founder Steve Jobs.)

Apple had a great first quarter of sales for the iPhone, selling 35.1 mlliion units world wide. But that figure was boosted by newly opened markets like little ol’ China. Here in the U.S., Verizon and ATandT were reporting a downturn in iPhone sales, with especially heated competition from all those different and larger screened  Android phones from Samsung, HTC, etc. which collectively outsell the iPhone.

The WSJ reports Apple’s new display will be supplied by LG, Sharp and Japan Display (a new joint-venture of Sony, Hitachi and Toshiba.) That seemingly puts the kabosh on a recent story that a flexible, non-breakable OLED screen would be part of the next iPhone package, as Samsung is leading in that tech innovation. Korea Times said Samsung is gearing up for mass production with “huge” orders for the flexi-display. The publication speculated Apple could be at the front of the line.

Might the iPhone 5 (or whatever it's called) screen grow to as big as 4.5 inches? That would put it nose-to-nose with popular phones like the Samsung Galaxy S II, which once seemed grossly oversized next to the iPhone but now seems more naturally “hand sized” (unlike the still weird to call on 5.3 inch Samsung Galaxy Note) Still, I'm thinking Apple will stick with a more modest uptick from its long-standard 3.5 inch display to a 4 incher. That screen size could be integrated cosmetically into a tapered edge (not square sided) package barely bigger and maybe even lighter than the current iPhone 4S, thus providing more of an Apple “magic” trick.