Books and Movies: A Tumultuous Relationship 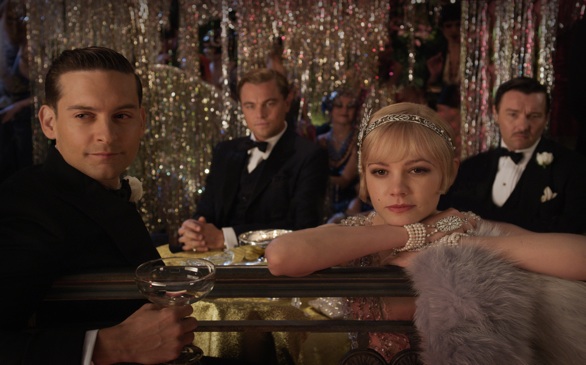 The film adaptation of The Great Gatsby releases this winter.
(Credit: Courtesy of Warner Bros. Pictures)

With the successes of movie franchises based on Harry Potter, Lord of the Rings, Twilight, books authored by Nicholas Sparks, and most recently, The Hunger Games, there is no questioning that cinema is indebted to literature. In fact, Toby Osborne claims in his article entitled “The Art of Adaptation” that 85 percent of movies are adaptations. That is, only 15 percent of motion pictures are conjured up entirely from scratch. This is both understandable and unacceptable, considering the hit-and-miss aspect of book-to-movie adaptations.

Nowadays, the amount of books being adapted to screen is almost overwhelming. The 2012 adaptation of F. Scott Fitzgerald’s timeless classic The Great Gatsby (it’s going to be in 3-D!) has stirred up quite a bit of excitement as star (Leonardo DiCaprio as Gatsby himself!) after star (Carey Mulligan as Daisy!) signed on. Much less flashy, The Perks of Being a Wallflower may be a surprise in the theater just as it was in bookstores. Ray Bradbury’s Fahrenheit 451, Sylvia Plath’s The Bell Jar and Leo Tolstoy’s Anna Karenina are amongst the many in development for the move to the big screen. And perhaps providing the most evidence that Hollywood will attempt to adapt any published set of words, Leap Year writer Harry Elfont is working on a script for Men Are From Mars, Women Are From Venus, an advice book that has zero plot and no characters.

It’s easy to understand why movie-makers turn to the bookshelves for inspiration: Books come with an audience. In a world fueled by profit, it’s comforting to know that a movie may have a mass ready to put their novel down in exchange for a movie ticket. Everything is set up for the screenwriter (sometimes the author themselves), the director, the actors and everyone else involved with making the project. There are few questions about a novel’s plot, characterization, setting, or tone that can’t be answered without simply opening the novel. However, for every pro about using a piece of literature as the backing for a film, there is a con to match it. For every eager movie-goer, there will surely be a disappointed reader. It’s impossible to please everyone, and there is no way any director can bring to life a world that fits with the one that readers have concocted in their own minds. And while it’s great that a novel has laid out detail after detail, it can become overwhelming for a screenwriter and crew to pick out which of these details belong in the movie, much less convey them on screen; for example, Eat, Pray, Love was criticized because it failed to carry through the emotional weight that can be found in Elizabeth Gilbert’s memoir.

The fact of the matter is that there is only so much a director can do to bring across the emotional turmoil of an internal monologue, the motives behind a cheeky glance, or the importance of a minute event (that may have been cut from the movie in the end anyways), and none of those things will ever really measure up to the written word. There were many problems with the adaptation of Series of Unfortunate Events, but perhaps the biggest one was that, despite acting from a stellar cast that included Jim Carrey and Meryl Streep, it was impossible to capture the charm of Lemony Snicket’s words. Giving it some credit, though, the movie did try really hard, using a narrator to put forth the unexplainable moments. Still, it was too tall of an order to fill, and the series that had the hope to be a blockbuster franchise ended up disappointing at the box office.

That’s the thing: Sometimes Hollywood sees an impossible challenge and instead of putting the book down and backing away slowly, it goes forward with gusto only to get what’s coming for it. Alice Sebold’s heartbreaking and incredibly profound novel The Lovely Bones surely caused tears for anyone who picked it up, but its movie version probably only caused tears of frustration as the movie failed to deliver the beauty found in Sebold’s first-person narration. All Dr. Suess’s The Cat in the Hat did in theaters was scare little children and creep out their parents. Remember the attempt to bring old-school sleuth Nancy Drew to the big screen? Neither do we.

All of that is not to say that it’s always a bad idea for Tinseltown to breathe life into literature. Books have much to benefit from this relationship, and it’s not all give and never take. As each film adaptation is marketed and distributed to theaters, the books that inspire them almost always gain sales as well. In addition, judging from the films that are considered loved classics – The Silence of the Lambs, Jaws, The Shining, American Psycho, Jurassic Park, The Godfather, Fight Club – that sprang forth from works of literature, it would be a shame if Hollywood stopped taking on the heavy duty of making books fit for the screen. In fact, it probably couldn’t stay away even if it tried. Even though James Cameron has never admitted it, his box-office shattering Avatar shares an eerie amount of characterization and plot to Ursula Le Guin’s The Word for World is Forest. In fact, it may surprise you exactly how many of your favorite movies were provided their spark by books. Did you know quotable-in-just-about-every-situation and will-always-be-funny cult classic Mean Girls was inspired by Rosalind Wiseman’s Queen Bees And Wannabes: Helping Your Daughter Survive Cliques, Gossip, Boyfriends, And Other Realities of Adolescence?

The point is, books and movies have a beautiful relationship, if not quite the typical one. Sometimes, they bring out the best in each other; other times, they drive the other crazy. Readers and movie-goers are sort of like the friends and family looking into the tumultuous relationship, only able to hope for the best and thinking time and time again, that this time, the partnership will create magic. Sometimes, it really does (hello, Harry Potter), and suddenly, it becomes easy to forgive the little mistakes (looking at you, Ghost Rider!).