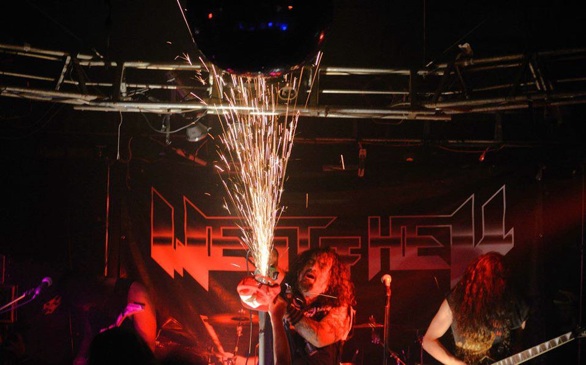 West of Hell spent nearly a decade kicking around their native New Zealand, honing their musical chops and looking for the elusive perfect singer to suit their old-school metal bent. Ultimately, they found Chris “The Heathen” Valagao way across the Pacific in Vancouver, Canada, and the line-up for this album finally gelled. Valagao comes from the Ronnie James Dio school of rock vocalists; he doesn’t quite have the range or tone that Dio did (who does?), but he’s a more than passable front man here --and a versatile one too, as the band rocks out in lots of classic metal styles. The twin guitar attacks pay homage to Judas Priest, the rhythm section thunders like a mastodon (not necessarily Mastodon), and Valagao adds a few modern-day devil growls to his vocal work. It all adds up to a pretty good outing, but metal fans are notorious for demanding excellence so West of Hell is going to have to keep fighting like the devil for a breakthrough.