Naam: The Ballad of the Starchild 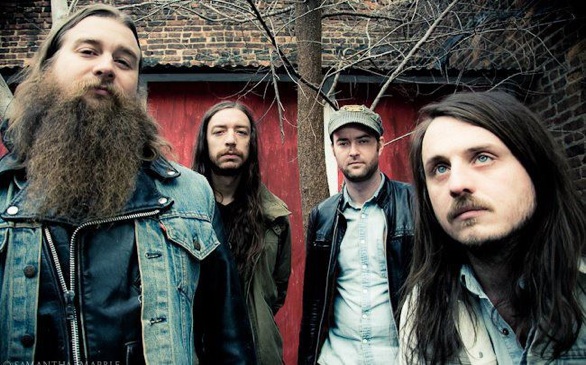 Naam kicks off this five-song E.P. with “Sentry of Skies,” a slow, forlorn sounding tale of isolation that is obviously influenced by The Wall-era Pink Floyd. But psychedelia is the band’s main groove, and the tribal drums, chimes and sproinging sitar-laden instrumental “History’s Son” sounds like it was inspired by a buffet of peyote buttons and magic mushrooms. “The Starchild” sounds like an acid trip: not a freak-out, but rather a long jam with squalling guitars, quavering organ fills and distant-sounding vocals. “Exit Theme” is a gentle piano-and-effects instrumental that not only eases the listener out of the offering, but leaves him ready for re-entry.

The Ballad of Starchild is available now.