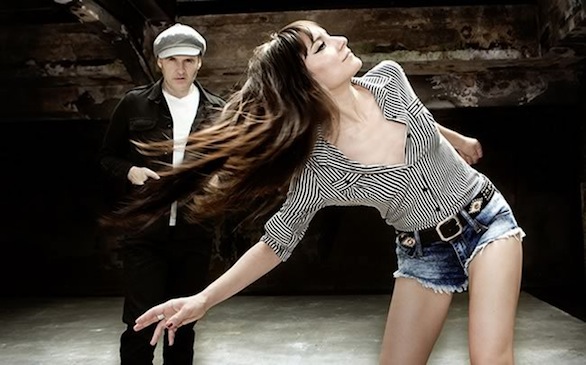 Ever since their beginnings in the late 1990s, Amaral has been consitently producing quality rock. Now, the Spanish band has released its latest album, titled Hacia Lo Salvaje (Into The Wild).

Led by the charismatic voice of Eva Amaral and Juan Aguirre's blissful guitar and occasional chorus, Amaral's new project demonstrates that they are back, in contention to overtake the radio waves with their pop and folk rock in contagious Spanish accents.

The 12-track album carries a lot of Latin fusions and synthesizers, but this CD is different from their past records. The title track works perfectly as the first song off the album; it's catchy, and almost has a dream-like quality to it. Eva Amaral's voice seems goddess-like, ideal for album's modern-bohemian sound.

Other notable songs include "Antártida," "Robin Hood," "Si Las Calles Pudieran Hablar" (If Streets Could Talk) and "Montaña Rusa" (Russian Mountain). Really, the entire album is an enjoyable feat - pure music to one's ears. This is particularly true with "Robin Hood," which is the only acoustic melody; it provides a moment of self-reflection.

Hacia Lo Salvaje is an album with the capacity to truly immerse the listener, and captures one's attention indefinitely.