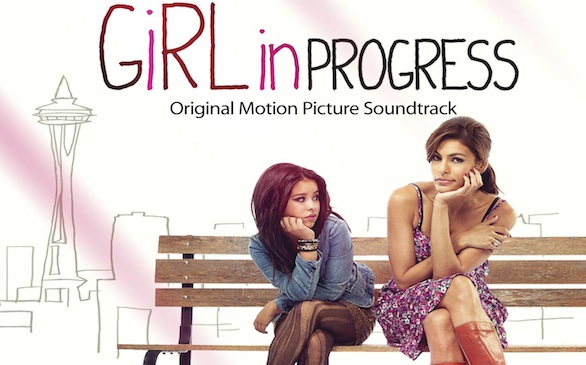 Movie soundtracks sometimes seem randomly selected, but on a carefully curated soundtrack, the purpose of each song on the album is clear. Such is the case with Girl In Progress – Original Motion Picture Soundtrack.

The film Girl In Progress tells the story of Grace (Eva Mendes) and her daughter Ansiedad (Cierra Ramirez); both struggle to mature while improving their difficult relationship. A comedy and drama, the film's progress as a cinematic piece is aided by the presence of 13 solid tunes, both in English and Spanish.

Eydie Gorme y Trio Los Panchos perform the soundtrack's first song, "Sabor A Mi" (It Tastes Like Me), which is romantic, upbeat and a true example of a Mexican bolero. "Shake The Tree" by Reni Lane, who also sings the track "We Don't Forget," follows with her alternative rock/pop sounds, which successfully reflects the feelings of angst present in the movie.

Espinoza Paz, a Mexican musician and composer of the Mexican Regional genre, charges away with the remaining two Spanish tracks, "Mis Amistades" (My Friendships) and "Asi o Mas" (Like This or More). Both show Paz's poetic niche. "Mis Amistades" is an up-tempo piece that can arguably be named the soundtrack's most prominent, while "Asi o Mas" is a pop tune, featuring sensation Maria Jose. Paz and Jose's voices are a delight when their vocals appear together in the background.