Movie Sequels: What Not To Do 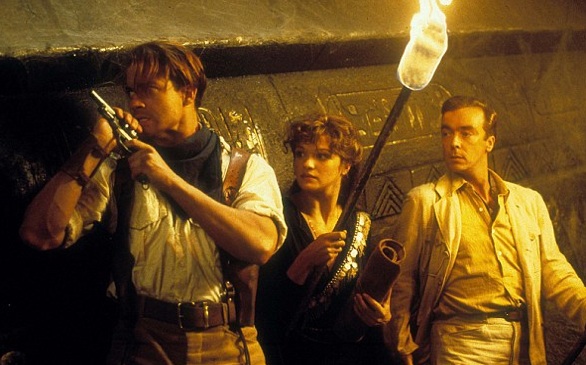 Rachel Weisz was noticably absent from the third installment of The Mummy.
(Credit: Universal Pictures)

Okay, let’s just admit it: We all love a good sequel. We go on and on about how there is nothing original at the box office these days, but we have no shame in lining up at the cinema when the part two to our favorite movie gets released. Is there a formula for a good sequel? What is it that makes it worth watching, and what should be avoided at all costs when making one? Campus Circle has six important rules for what not to do when a sequel is in production:

1. Do not, under any circumstances, replace the actor or actress playing one of the main characters. Just don’t do it.

One of the gravest offenses that takes place when sequels are made is the replacing of a lead actor or actress. Take The Mummy: Tomb of the Dragon Emperor for instance. In the original 1999 film, Rachel Weisz plays a clumsy librarian who goes on an adventure to the tomb of Imhotep with a treasure hunter, played by Brendan Frasier. The same cast returned for the film’s first sequel in 2001. However, when the third film was released in 2008, Rachel Weisz was nowhere to be found. Not only was the movie itself absolutely terrible, it just didn’t feel the same without Weisz as the female lead.

2. Don’t let the film get lost in production hell.

This one may be hard to avoid because bad things sometimes happen when a film is in production. But how is a film supposed to be successful if it takes so long to release it that even the hardcore fans lose interest? Silent Hill: Revelations 3D is a good example of this. Not only were most fans of the Silent Hill games already displeased with the original 2006 film; now, you’ve taken more than five years to release a sequel, which pretty much guarantees that most of the movie fans have moved on by now.

3. Don’t make a sequel to a movie that no one wanted in the first place.

Does anyone remember the sequel to Dumb and Dumber? No? How about Honey, I Blew Up the Baby? Exactly. No one wants a sequel to a movie that wasn’t even good to begin with!

Sure, there are probably a few exceptions to this rule, but we sure can’t think of any memorable sequels to comedies off of the top of our heads. Everyone loves Bridesmaids, but no one is begging for a sequel. That’s because it just isn’t necessary. Why tarnish a good comedy with a horrible sequel? And yes, we are talking about you, Mean Girls 2.

5. Rewrites are not your friend.  In fact, try as hard as you can to get the same writer that wrote the original film.

If you have a script for a sequel, it had better be good. It needs to be on par with or surpass the first film –or at least take the series in a new, interesting direction. So, if you’re a producer, and the script for Titanic 2 gets plopped onto your desk, what do you do? If the script isn’t good enough in the first place, most movies bring in additional writers to perform rewrites. Wake up, people! If the script isn’t good enough in the first place, no amount of rewrites is going to help make the movie bearable. Furthermore, it’s best to just try to bring in the same writer that wrote the first film. They are the only ones who truly understand the characters and the world that they live in.

6. Don’t make a sequel if there really isn’t anything left to tell.

If a story has run its course, let it end. Just because the third movie in a trilogy is extremely successful, that doesn’t mean that a fourth is required. Wouldn’t you rather the series ended on a high note?

That said, go ahead and continue making sequels, Hollywood. Moviegoers love them. Just try to make sequels worth watching, so we don’t have to waste anymore time and money on movies like Wrath of the Titans and Ghost Rider: Spirit of Vengeance.