Emeli Sandé: Our Version Of Events 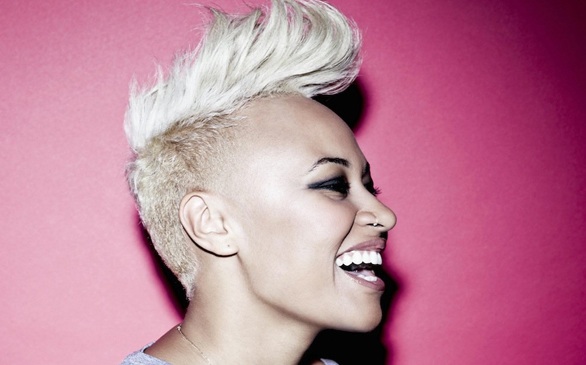 From early childhood, Emeli Sandé has been writing songs. When she was a teenager, she was offered record deals because of her skill, but rather than sign one, she decided to pursue a degree in clinical neuroscience at Glasgow University.

Yet, here she is at age 24, topping the U.K. charts. Sandé has talent, no doubt, but is she able to top the charts in America? Perhaps, like Adele, she will be able to wade through the endless stupidity that is popular music in the U.S. and find her place among the chart-toppers of today. Rather than rapping or singing about sex, drugs and partying, Sandé sings songs about relationships, emotion and love. There is a time and place for party songs, but the radio could use more music like the songs on Sandé’s debut album, Our Version Of Events.

The first few songs on the album honestly aren’t that impressive. “Heaven” is catchy and it has a good beat, but it’s nothing that you haven’t heard before. The same goes for “My Kind of Love,” “Where I Sleep” and “Wonder.” Where Sandé really begins to impress is with “Clown.” Though the song is heartbreaking, the talent is really apparent here. The vocals and songwriting are absolutely spectacular.

Sandé continues to showcase her abilities with “Daddy,” which she says is about “addiction to anything.” Perhaps the most moving song on the album is “Maybe;” it’s easily the most relatable. The track is about a relationship that is falling apart, but neither of the people can let go. The lyrics, combined with the production and Sandé’s voice, make for a truly wonderful addition to the album.

Throughout the rest of the second half of the album, Sandé proves over and over again why she deserved her own record. She’s written for countless other famous singers, but she truly shines when she is solo. You have to wonder why she ever wrote for anyone else in the first place.

Sandé is a real artist, and there aren’t many of those left in the music industry today. She has earned every bit of success that she has gained from the release of Our Version Of Events. We can only hope that the success carries over to America. With Emeli Sandé, it seems we may finally be able to switch on the radio and listen to something that stimulates actual thought.

Our Version Of Events releases June 5.