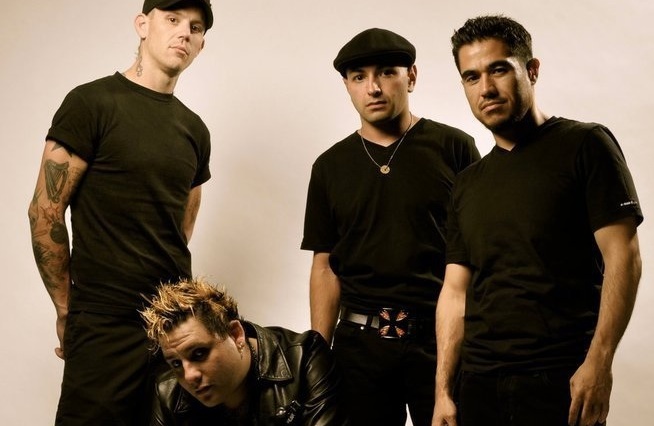 DONAVON FRANKENREITER: START LIVIN’
Donavon Frankenreiter may be based in Hawaii, but he came home to Southern California, land of his birth, to create Start Livin’, his fifth full-length album. Frankenreiter and his longtime bass player Matt Grundy only needed a week to finish the record, and apparently a good portion of that time was spent improvising rhythms and effects. “We never brought in a drum set,” Frankenreiter says. “Instead, there’s handclapping for percussion or the two of us banging on pots and pans. We were using everything from bells to bowls to Zippo lighters, and at one point we put some beans and salts in a can and shook it around.” The folkie adds that Start Livin’ is basically a love album. “Most of the songs are about my wife and our two boys, and the life we’ve built together in Hawaii.” Start Livin’ is available now.

NORMANDIE BLUE: IT IS WHAT IT IS
Alex Blue is a Mexican-American native of Los Angeles, and he’s happy as can be right now as he celebrates the release of It Is What It Is, the debut album from his new band Normandie Blue. But things weren’t always so rosy for Blue: Just a few years back, Blue, the former rhythm guitarist for psychobilly band Calavera, was mired in a seemingly inescapable cycle of drug and alcohol abuse. The despair got so bad that Blue even considered suicide as a way out. Ultimately, Blue’s faith in his music allowed him to pull himself out of the darkness and put together the quartet that is Normandie Blue. The reinvigorated Blue even sold his car to help finance the new record, and that meant he had to do a lot of walking, guitar and amp in tow, to get to the studio. It Is What It Is has just been released by Punk Outlaw Records.

BECOME A HIP HOP HALL OF FAME MUSEUM VIP
The Hip Hop Hall of Fame Museum is set to break ground on their new Manhattan digs later this year, but for now, the museum is trying to beef up membership with a special offer: become a VIP fan for $35, and you’ll get a collectible T-shirt, a Hip Hop Hall of Fame I.D. card, and a 10 percent discount on merchandise from the Hip Hop Hall and other select retailers. The first 2,500 VIP members will have their names listed in an interactive “founder’s exhibit” at the museum, and the first 25,000 members will get a lifetime free pass to the museum. Visit hiphophall.org to find out more.

HALF NOTES
You can catch L.A. punk-popper Matt Toka on the Warped Tour all summer, and for a warm-up, you’ll be able to purchase his new six-song self-titled E.P. beginning June 12. Speaking of the Warped Tour, SideOneDummy is releasing the annual Warped Tour compilation CD on June 5. Among the 50 contributing acts are All Time Low, Chelsea Grin, Koji, Chuck Ragan, Man Overboard and Neo Geo, who represent with “Sex Robot.” Orange County’s Suedehead, the band featuring former members of the Aggrolites and T.S.O.L., has shot a new video on its home turf; you can view “No Pain (Like This Pain)” at PureVolume.com. The band is also working on a new album.