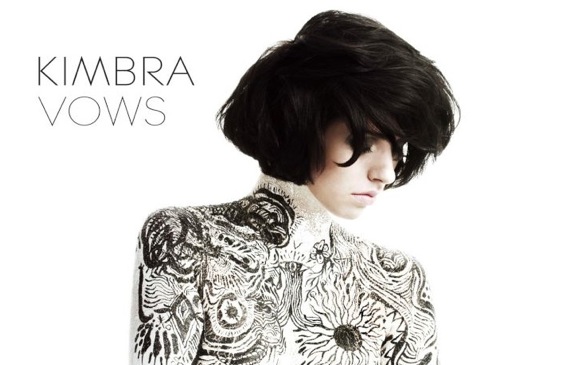 Yeah, she’s that girl that’s on that Gotye song that’s blowing up, but if you categorize Kimbra as only that, you’re missing out on a lot. As an album, Kimbra’s Vows solidifies her identity as an artist in her own right. Each track packs a little surprise, with quirky beats and sweet vocals.

“Settle Down” might very well make you fall head over heels for her, as she asks, “Won’t you settle down with me?” If not, you’re at least bound to fall for the quirky, groovy rhythms of the track. “Old Flame” slows the tempo down, and Kimbra shows off her lower range in a soul-like track that proves her talent. Most of the tracks feel cute, bubbly and wonderfully offbeat, but Kimbra makes sure you see her full potential, too. “Warrior” hits you with a beat right away before becoming an ‘80s-like groovy tune that meshes a nice electronic sound with emotional lyrics. “Sally I Can See You,” with its fast tempo, sounds almost completely different from previous tracks, but maintains the same taut, passionate feeling of previous songs.

The album as a whole feels like pure artistry --the beats can’t be boxed in or described easily, and the vocals stay consistent but playful throughout, and drive the songs more-so than the music. Kimbra’s willing to star in a radio-friendly track, but it’s obvious she’s got much, much more to offer. This is no typical Top-40 topper: it’s a risky, whimsical adventure that keeps listeners entranced and always wondering.