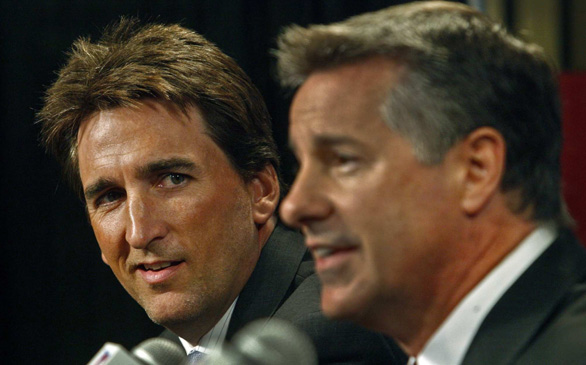 Neil Olshey and the Los Angeles Clippers have parted ways after failint to reach an agreement for a new contract, it was announced Monday. Minutes after the announcement came, Olshey and the Portland Blazers announced a mutual agreement for Olshey to become their new General Manager. "I am very grateful for the opportunity to become a part of this successful franchise," Olshey said in a statement released by the Blazers. "Portland is a great basketball city with a rich tradition, an incredible fan base and committed leadership. I'm joining an organization that has a strong foundation and a bright future."

But what will happen with the Clippers now? Will Blake Griffin and Chris Paul sign contract extensions?