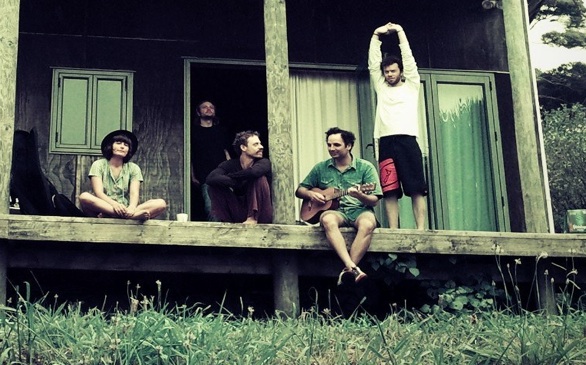 Edward Sharpe and the Magnetic Zeros is back to warm the soul and enlighten the spirit with its latest studio album. Released on May 29, Here is the band's sophomore effort and follow-up to its widely successful debut album, Up From Below. Maintaining the same energy and vigor as its first album, songs like “I Don’t Pray,” “One Love for Another,” “Man On Fire” and “That’s What’s Up” are immediate attention-grabbers, with infectious choruses that you can’t help snappin’ your fingers to and singing out loud with in the car.

The only issue fans may find with Here is that they are left wanting more, since the album only has nine tracks. Although it’s got some great tunes, there isn’t as much body to the record as we felt on Up From Below. However, it’s a great effort accomplished overall, and it successfully retains the same enthusiasm and musicianship we now expect from Edward Sharpe and the Magnetic Zeros. We can only hope that the follow-up will receive as much success for Alex Ebert and co. as they had with their first release.

The band will go on tour in July supporting the album in and around Europe, with more dates to follow in the fall. Until then, you can watch music video to “Man On Fire,” as well as purchase the new record on the band’s official website, edwardsharpeandthemagneticzeros.com.