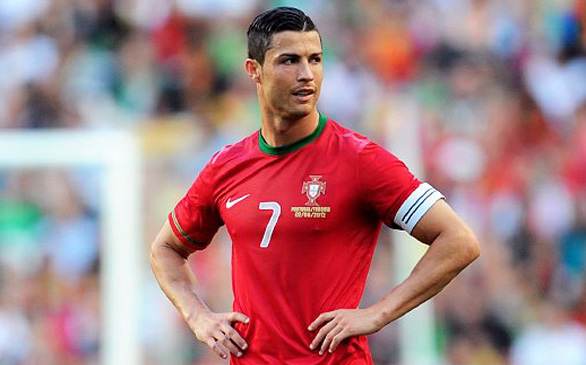 Will the big names crack under the pressure?

Don’t get me wrong though, it’s not all about the big names. In other sports, oftentimes a star player can carry the weight of a team –not here; there’s no way. For a team of 11, it’s surprising how crucial every single player is. One mistake from anyone can mean the entire game. Each of them must be aware, and through the course of a game, most will have to assume the duties of another position. For a team of 11, it’s surprising how many times it feels like there aren’t enough players. Good teams, like Spain, with their short-range passing that allows for little error, always make you feel like there are just enough.

3. The best acting you’ll see outside of the Academy Awards

A familiar scene: A player knocks another player during the game. The knocked player goes down, wincing and grabbing his injured body part, rolling around for effect, while the referee decides if a foul should be called. Then the sequence is replayed in slow-motion, and it becomes clear that it was more of a touch than a knock, and your great-grandmother could’ve probably taken it like a champ. If you feel infuriated, even offended at the time-wasting, lying and cheatin’ player on the ground, congratulations. You’ve just become emotionally invested in the best sport in the world. Take a seat, you’ll need to.

With no protection other than shin guards, and with the physicality that is inherent in the sport, these guys do deserve a little time to writhe and moan. In no other sport will you find 90 minutes of straight play (no, not one time-out) with a miniscule halftime break at the 45-minute mark. There are only three subs allowed for each team per game (too bad if you’ve lost a player to injury and you’ve already used up your subs). And when you’re playing soccer, you better be playing soccer. It is everything short of acrobatics—physically and mentally. Players average six miles in their cleats every game, ranging from slow jogs to full-out sprints, sometimes with a ball under their feet, and always with a game on their shoulders. Still, most players you ask will complain more about the mental aspect of the game. The best of the craft often talk about predicting the opposite team’s decisions as well as the ball’s trajectory for several touches in advance.

Coming into the competition, there are heavy favorites. Some countries have so many cards stacked against the other that, on paper, one should expect them to lead by something like 3 or 4 goals by halftime; but all the pundits and gamblers forget one thing: soccer isn’t played on paper. If I had a nickel for every time an underdog team managed to come up on top in soccer, I’d definitely have enough for a plane ticket to fly to Poland or Ukraine to watch the Euro Cup in person.

Penalty kicks won’t come into the equation until the semifinals, past the group stages where ties are still accepted, but perhaps that’s a good thing for the faint of heart. It’s difficult to think of another sports scenario that can evoke rapid heartbeats, beads of sweat, and “Oh God I can’t look’s” faster than a penalty kick set-up. To get to penalty kicks, a team must have had to play for 120 minutes only to end in a tie. Weary and spent, players taking a penalty kick must feel like going off to their execution: this one kick will help determine whether they go forward in the competition, or back home to the scorn of their entire country.

7. Pressure – from an entire nation

Speaking of scorn, a player can come back from a tournament like this a hero or the laughingstock of the nation. (We wait four years for this opportunity and you messed it up?) The amount of pride that comes with a slot in the 23-man squad of a soccer national team is unparalleled with any other sport. These national teams are teams in their own right. Unlike the Olympic teams (basketball, hockey) that are often thrown together haphazardly only a couple of months before the opening games, these players are constantly proving themselves with friendlies and qualifications leading up to big tournaments. They are one unit, no matter how many roster changes they go through (oftentimes only a few even through a span of four years), because these professionals, many hailed as the best at what they do, never seem to forget the honor that comes with wearing their country’s crest.

Soccer is really one of the most unpredictable games out there. It's unbelievable what won't result in a goal and what will. In soccer, even if there’s only a minute left, the outcome of a game can still change radically (think of Landon Donovan of our own United States Men's National Team making a goal against Algeria in this past World Cup in injury time). It takes 10 seconds to make a goal if everything is perfect, so if the whistle hasn’t blown, the game’s not lost. You never know when a touch can translate into something more, when a defender will slip up, or when a ball will fall under the wrong feet. Don’t turn away: there’s nothing like witnessing a game-changer in real time.

So come join me and the other 3 billion fans of soccer around the world and catch a Euro Cup game. First, though, choose a couple of teams to back; you need to invest a little to see the beauty of soccer. I’m never a betting woman when it comes to futbol, but I’ve already pledged allegiance to Germany for this Euro Cup (OK, fine, I've been loyal since their 2006 World Cup run). But Spain, with their A-team looking as sharp as they did when they won the World Cup just 2 years ago, may make history of achieving the trifecta: defending their 2008 Euro Cup title and guaranteeing them holding the Euro and World titles at the same time for another two years. The Netherlands, runner-up to Spain, could be just as good of a team to support too, but no promises. Soccer isn’t played with stats. It’s played with the sweat, tears, hearts, agile legs and brilliant heads (in every sense) of those 22 players on that pitch, and there is no room for predictability in that equation.