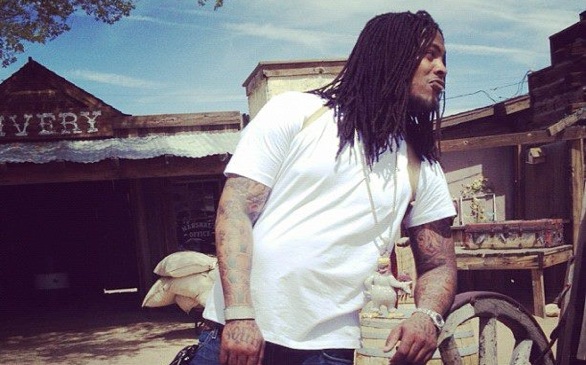 Featured on the cover of the latest issue of XXL magazine, rapper Waka Flocka Flame is poised to take the hip-hop world by storm with the impending release of his sophomore record, Triple F Life: Friends, Fans & Family.

Anyone who listened to his first record understands that Flame has a unique style. While not the sharpest lyricist or possessing the cleanest flow, he makes up for those deficiencies with powerful energy, feeling and drive. It is clear that Flame loves to create bass-shattering tracks that have his listeners screaming, dancing or plain going crazy.

This record maintains that same mentality, but brings more variation in its musical style. The classic formula can still be heard in songs such as the infectious “Rooster in My Rari;” however, Flame brings in welcome tracks such as “Get Low” and “Triple Life Outro” that give the listener a break from the constant head banging. “Get-Low” features verses from A-list hip-hop stars Nicki Minaj, Flo-Rida and Tyga. Here, Flame clearly embraces his pop side, and has developed a song that is sure to become the album’s most successful single and a mainstay at clubs everywhere. “Triple Life Outro” is one of several songs that slows down the pace, and acts as an ode and remembrance for his deceased friend Slim Dunkin. Some fans may not like this stylistic change, but it is hard to argue against the increased maturity of the lyrics, the message and Flame’s passion to create something completely different.