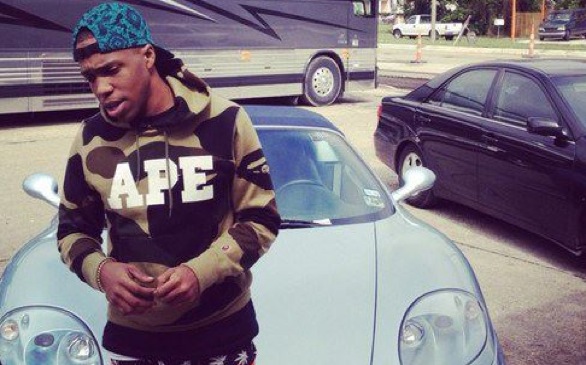 You may remember Curren$y from his work with Lil Wayne and Master P, or his mixtape release with Wiz Khalifa, but now the young spitta’ from New Orleans really comes into his own with The Stoned Immaculate.

The album title is a lift from the lyrics of “The WASP (Texas Radio and the Big Beat)” by the Doors, and some of that song’s words (written by the perennially-stoned Jim Morrison) are incorporated into “Chandelier.” But you don’t really need to grasp the reference; Curren$y’s slow-paced raps practically drip THC, especially on tracks like “What it Look Like.” The song floats on a cloud of smoke, where Curren$y enhances the buzz with symphonic swooshes and harp flourishes that make you feel like you’re so high that you’re right up there amongst the angels.

Besides weed, Curren$y raps about the usual stuff: cash, sex and luxury living. But inspired arrangements separate Curren$y from the pack; on “Privacy Glass,” the rapper makes it sound like he invented having sex in the V.I.P. room. Fellow stoner Khalifa guests on the chant-like “No Squares,” and the cut is definitely one of the album’s “high” points; another is the gospel-informed “Chasin’ Papers” featuring Pharrell.

For those who like their rhymes on the sublime side there’s plenty to love here, as The Stoned Immaculate burns smoothly right to the end; Curren$y has definitely rolled a good one this time.

The Stoned Immaculate is available now.