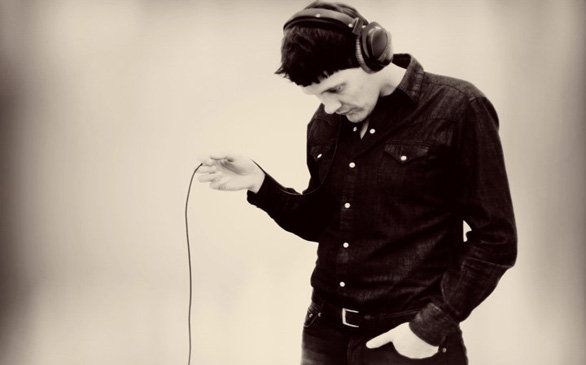 Uruguayan-born Juan Campodónico is a genius --it's as simple as that. Not many musical acts possess the talent and ability to create what this eclectic artist, producer and composer created in Campo.

"Campo is a project marked by what Bajofondo did in the past," he says. "This is a new collective project that features many artists -- almost like an orchestra -- and I am the director. Every song on the album is very distinctive because it carries several genres."

Campodónico received much recognition in his beginnings with Bajofondo, an eight-person musical group based in Argentina and Uruguay, which includes the now-acclaimed producer Gustavo Santaolalla (he is a two-time Academy Award winner for Best Original Score for his work with Brokeback Mountain and Babel). But Campodónico, who already has a Latin Grammy award under his belt as a producer, has managed to tackle other projects as well - including Campo, the latest album release under his production.

"The album has already been released in Argentina and Uruguay," Campodónico says. "Now, we are doing a launch in the U.S., and we will soon do so in other territories."

Campo, which is now available for purchase, features an immense load of talent from diverse backgrounds. The album is a musical experiment, featuring South American sounds mixed with indie pop, electro, tango and cumbia, and includes tracks in both English and Spanish.

The first single is titled "La Marcha Tropical" (The Tropical March), and it is a sensational piece of music featuring the elegant, sexy and provocative voice of one of the best young voices: Swedish singer Ellen Arkbro. With its hip-hop, cumbia and electronic fusion, "La Marcha Tropical" is simply magical - and Arkbro's singing in both English and Spanish is truly awesome.

"This is a tune that mixes sounds from the barrios here in the south [of Uruguay]," Campodónico explains. "The Swede Ellen Arkbro brings the jazz essence, so we connect two different worlds. It combines contrasting styles that clash because they are from different geographical areas and eras."

Interestingly enough, Arkbro does not speak Spanish at all. However, she managed to learn some during her process of recording this electric track --and the outcome is brilliant, for lack of a better word.

"We are generating something new to the music scene," Campodónico adds.

Another highly contagious tune is "Heartbreaks," which has upbeat, electro rock sounds. Musician Martin Rivero provides vocals for this melancholic piece about an addiction to heartbreaks. It is almost a satire, but this collaboration creates musical pleasantries alongside the candombe jazz beats.

"Rivero is a young Uruguayan singer and songwriter that does some interesting work," Campodónico says. "He sings exceptionally well."

"Campo aims to make new music that can talk to the world, especially with the musical influences here in South America," concludes Campodónico.

For more information on Juan Campodónico and Campo, click here.