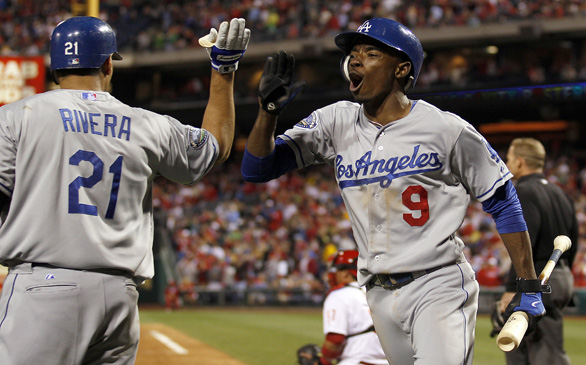 The Los Angeles Dodgers kept rolling Thursday afternoon after defeating the Philadelphia Phillies, 8-3, and thus sweep the hosts in a four-game series. Los Angeles, now a league-best 37-21, saw solid pitching from Aaron Harang along with a load of offense from multiple players, including RBI support from six hitters.

And now the Dodgers are ready to begin interleague play tonight against the Mariners in Seattle before hosting the Los Angeles Angels of Anaheim.