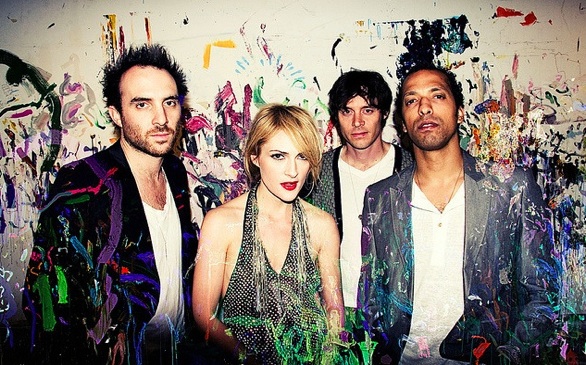 Metric’s fifth studio album immediately captures listeners from the first verse, surpassing a musical plateau into uncharted territories that provides unimaginable pleasures. The pop-driven electro-bright melodies fuel each track from beginning to end with no signs of exhaustion.

Emily Haine’s vocal range discloses a vulnerable and secluded tone, which slowly evolves into a fast-paced self-realization reflecting on her life and visual surroundings. Haine spends plenty of time reassuring listeners that life still exists within her, yet questions every aspect of reality when possible.

Synthesizers and addicting harmonies paint bright images that are complemented by uplifting lyrics and high-pitched bells, making it impossible to sit still while listening.

"Youth Without Youth" is the first reason to dance as if no one is watching, which reflects the album's embedded theme. "Clone" incorporates bullet-time features that teleport audiences underwater and has them swimming between ripple effects; a guest appearance featuring Lou Reed adds a classic twist to a chorus that repeats long after the song concludes. "Nothing But Time" is the perfect send-off to a well-rounded effort by Metric, invoking optimism, desire and exhilaration. The lyrical content ends as strongly as its inception, leaving the audience desperately yearning for more.

The 11-song track list appears specifically arranged, as it gains momentum throughout the album, revealing impulses and vitality until the last note.

Synthetica is without question an album from the future sent to be enjoyed today. Thick dream layers hover above each track, and alternate from fast-paced electro guitar riffs to seducing drumbeats.