Ping, the Failed Apple Social Network, to be Dropped 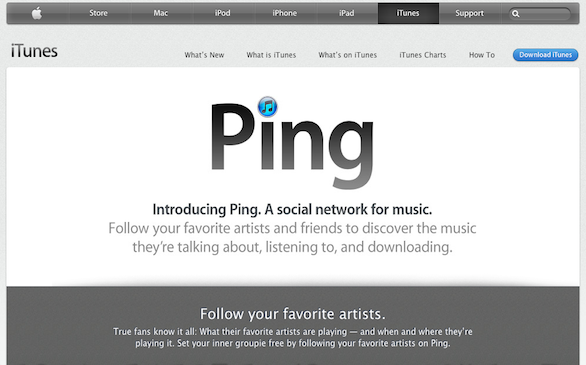 After basically having failed since its launch, Ping is now being dropped by Apple, according to numerous reports. Ping is Apple's social network, but it just did not work. According to a report in the Los Angeles Times, "sources close to the company have said Apple will be leaving the social media realm and removing Ping in its next major release of iTunes."