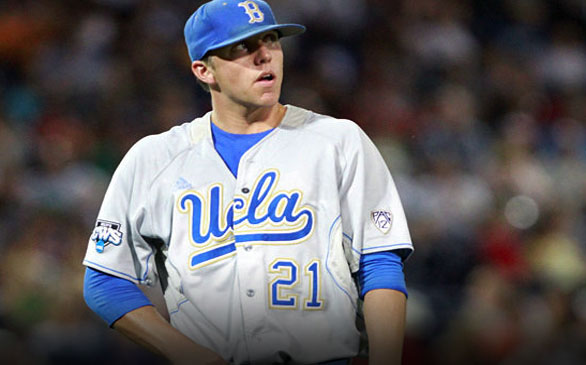 After suffering a 4-0 loss to the Arizona Wildcats, the UCLA Bruins baseball squad now faces the Florida State Seminoles in an elimination game on Tuesday evening in Omaha, Nebraska, the sight of the College World Series. In 6.1 innings of work, right-handed pitcher Nick Vander Tuig suffered the loss, but his coach praised his arm. "I thought Nick threw the ball extremely well," UCLA head coach John Savage says, according to a UCLA athletics press release. "Five hits in a row was the difference in the ballgame." The Bruins (48-15) return to action against Florida State (49-16) on Tuesday at 5 p.m. (PT); the winner takes on Arizona on Thursday at 2 p.m. (PT). UCLA's game on Tuesday evening is scheduled to air on ESPN.