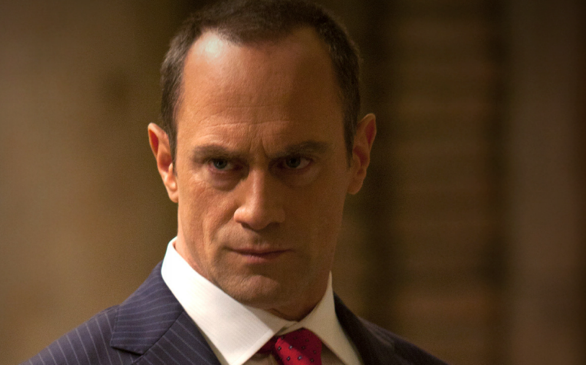 After a fan-pleasing premiere full of attractive naked cast members and gross-out gore, this episode takes a more serious turn, delving deeper into the roots of vampire existence and the philosophies that surround it. In addition, we get a look into Pam’s past and what’s happening on the werewolf side of things.

We thought Jessica was a bratty newborn vamp, but Tara makes her seem like an angel. After attacking her best friend and being abandoned by her maker, Tara decides to throw a vampire hissy fit and tears up Sookie’s house. She also refuses to drink Tru Blood or sleep in the cubby before sunrise. At one point, Lafayette gets fed up enough to almost stake his cousin as she sleeps, believing that it was a mistake to turn her. Maybe he’s right, because the last thing she says before running wild into the woods is, “I will never forgive either of you.”

Tara isn’t the only hot head in the episode. Sam and Luna get into a nasty fight after Martha comes to see her granddaughter, who she claims is a werewolf. Surprisingly, Sam is on her side, which provokes Luna into protective mother mode. She tells him, “You either have my back, or you get the fuck out,” to which Sam gladly does the latter. Unfortunately for Luna, she goes into her daughter’s room only to find an adorable pajama-clad wolf pup.

Still upset over her fight with Eric, Pam takes a trip down memory lane. Flash back to 1905, and Pam wasn’t so different as she is today, minus the fangs and the leather. She was still headstrong, fashionable and sassy as ever, but instead of running Fangtasia, she was running a brothel. She was not a fan of vamps, as they had a habit of sucking her girls dry of all blood, but then she met Eric, looking oh-so lovely in his coattails and top hat. He saved her from an attacker one night, telling her, “The streets can be dangerous at this hour. A lady should be more careful,” to which she responded in a very Pam-like manner, “If I meet a lady, I’ll let her know.” And so began their complicated relationship, which we are bound to hear more about in coming episodes.

Jessica vs. Steve: Round 2

Despite Jason’s rejection and public claims to be heterosexual, new vampire activist Steve Newlin isn’t ready to give up just yet. After crashing Jess’s party with his lame dance moves, he offers her a deal: $10,000 for Jason. One fang-boner later and it becomes $20,000 for Jason and his rock-hard butt (among other things). But of course, Jess is better than that and refuses to sell her friend, prompting Steve to attack. After some hair-pulling and wall-crashing, Jess wins again, kicking Steve out on his closeted gay vampire ass.

Religion has been a hot topic of discussion for the series, mostly the religion vs. vampire controversy. But now we learn about the vampire religion, which believes that vampires were made in God’s image, not humans. The first vampire was Lilith, created before Adam and Eve, and she is worshipped as a kind of Jesus figure, being included in a very twisted version of the Lord’s prayer that the Authority recites. This is all found in the vampire bible, which also states that “as the beetle nourishes the lark, so shall human nourish vampire.” Unfortunately for us humans, some fundamentalist vampires take their bible very seriously.

Christopher Meloni (“Law and Order: SVU”) makes his first appearance as Roman, Guardian of the Authority. He leads the council of chancellors who are in the likes of the Twilight saga’s Volturri. The Authority is determined to put down all fundamentalists, and suspecting Eric and Bill to be among them, they are put through UV torture and brutal silver injections. It almost seems that Bill and Eric are going to meet the true death, but Bill comes up with a deal: their lives in exchange for Russell Edgington, the biggest threat to the mainstream coexistence the Authority desperately needs. In the final scene of the episode, Russell is seen for the first time since his resurrection, bloody and broken and surrounded by dead bodies and severed limbs.