Woody Allen Brings His Quirky Brand of Romance to Italy 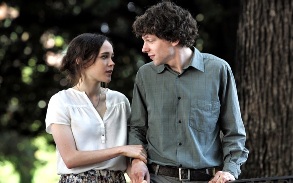 It’s been only a year since Woody Allen released his piece de resistance, Midnight in Paris, and now the writer/director is back, this time in one of the world’s most enchanting cities: Rome.

Bringing together some of Hollywood’s most talented young stars and some Allen veterans, To Rome With Love is a romantic comedy about the eternal quest for love and sex in its many forms, and an ode to the countless people who have found love on the streets of Rome.

Having made its North American debut June 14 at The Los Angeles Film Festival, To Rome With Love is already receiving mixed reviews. Not surprising, as many filmgoers will find themselves watching the new flick with the high standards Allen set in Midnight In Paris, which won Best Screenwriting at the Academy Awards.

Having built up a reputation for filming abroad in recent years, the city of Rome was always in the back of Allen’s mind as the place to set his next film. With the perfect blend of history and the contemporary, Allen saw Rome as a place too immense to be contained in a single plot.

“I felt the city of Rome lent itself to a number of diverse tales,” says Allen.

In a wonderful fusion of scenarios and characters, To Rome With Love follows 12 people, from American tourists to Italian locals, all giving in one way or another to the fancies and flights the city of Rome has to offer.

As a filmmaker who has mastered the art of exploring love and relationships, Allen is a true believer that there is always a lesson in love or love gone wrong, and explores this theme throughout the movie.

“The real problem that people deal with, with any subject, existential or romantic, [is that] you never learn anything,” explains Allen. “You make a fool of yourself when you’re 20; you make a fool of yourself at 40, at 60, at 80. Relationships between men and woman are tricky and very difficult, and you never learn anything because it’s not an exact science. You go by instinct, and your instinct betrays you. You want what you want when you want it.”

The film’s personification of a fool in love comes in Jack (Jesse Eisenberg), a young architect who begins to fall head-over-heels for Monica (Ellen Page), the man-magnet friend of his girlfriend, Sally (Greta Gerwig).

Much to the film’s dismay, this is the only storyline that actually makes the film truly come to life; the amusing dynamic between the three is unparalleled to anything else in the movie. It is a story we all know something about: that one romantically painful experience in our lives that we wish we could go back and change!

Page is perfectly cast as Monica, a wild but pretentious pseudo-intellectual that uses bits of encyclopedic knowledge to charm Eisenberg’s character, in such a swift and effortless way that it’s hard not to get caught up in it ourselves.

“I perceive that it might have to do with her insecurity and her need to feel important, as in ‘Please like me! I’m smart and I know this really good quote!’,” says Page. “Monica is free and has a kind of fluidity in the moment, and I think that’s a very appealing thing to people.”

Terrified but excited about being allowed so much freedom with their roles, Page and Gerwig both didn’t have to look farther than the great script Allen had put before them to get into character.

“I spent most of my life imitating characters in his movies,” remarks Gerwig. “From the age of 11 I was trying to talk like them, so my entire identity is confused with other characters. His ideas of humans and the characters he’s written are so big in my mind.”

Allen, who last starred in his 2006 film Scoop, is back on screen for his new film as Jerry, a retired opera director who flies to Rome with his wife to meet their daughter Hayley’s (newcomer Alison Pill) Italian fiancée. As always, his natural nervous chatter and tendency towards the ridiculous ensues in hilarity, but more often than not, diverts from the love story that should be developing for Pill’s character.

In another confusing diversion from an otherwise romance-centered plot, Allen touches on the subject of fame for a great deal of the film through the character of Leopoldo Pisanello (Roberto Benigni), an exceptionally boring Italian man who finds himself one of the most famous men in Italy, and who gradually realizes the cost of fame.

This is a plotline that hits close to home for Hollywood A-lister Penelope Cruz, who plays the seductive call girl Anna in the film; she is no stranger to both the privileges and downfalls of being famous.

“The only good thing that I’ve taken out of [stardom] is to truly realize that there is no real happiness that comes out of it,” says Cruz. “The advantages are very unfair and disgusting, but I also think that some of the disadvantages are really tough and difficult to deal with, to the point where I question of my continuation of this job.”

For the young stars like Pill, who amused us as Ella Fitzgerald in Midnight in Paris, fame is still a far-off thought.

“I consider myself a working actor. I’m not famous; I just do my own thing and live my life. I don’t like strangers, so I wouldn’t look forward to meeting any one of them at any one point,” jokes Pill.

For the young talent in the film, working on To Rome With Love was a dream come true and the opportunity of lifetime.

“It’s romantic, it’s funny, it’s full of mistakes and mishaps, and full of heart,” comments Pill. “There’s something about Rome in this movie, where it feels epic and full of life.”

It’s no Midnight in Paris, but be that as it may, To Rome With Love is an entertaining web of encounters, and wittily tells the tales of the adventures that change peoples lives forever.

To Rome With Love releases June 22.

To Rome With Love Opens in the Following Theaters June 22nd: