Chely Wright: Wish Me Away 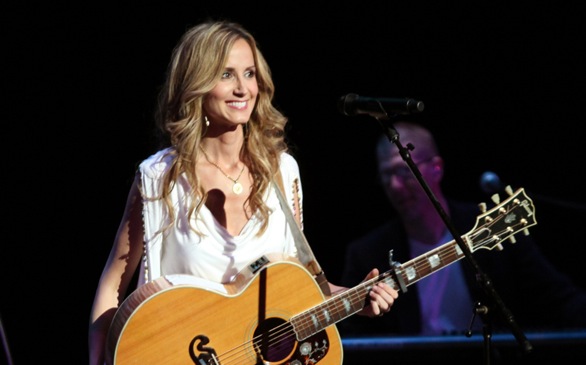 Chely Wright: Wish Me Away tells the story of the country star's public coming out.
(Credit: Tanya Braganti)

Coming out is a difficult process. Coming out in the ultra-conservative “Bible Belt” when you’re a country music star who has hidden this secret for two decades deserves a documentary.

Shot over three years, filmmakers Bobie Birleffi and Beverly Kopf managed to turn what was surely hours upon hours of moving and personal footage of Nashville country music star Chely Wright’s coming out into a compact 96 minutes that hits at the heart of the issue.

As with all documentaries, audiences come in knowing that artful cinematography will have to be exchanged for glad-we-were-even-there shots. Still, with Wish Me Away, viewers are surely getting the better end of the deal, as the camera is never frantic. Yet, it’s exactly this polished air that makes the documentary feel too forced, like it’s just another cog (alongside her memoir, an album and countless interviews) in this machine trying to help Wright gain support. The “Countdown to Coming Out” ticker that pops up alongside clips is a screaming reminder of all this orchestration.

What thankfully saves this biopic from losing its heart and makes it special are Wright’s self-shot video diaries. Her makeup-less face and severe eye bags provide a visualization of her worries and anxiety about the day she comes out to the nation. In one confessional, Wright, completely uncensored, mouths off on her book editor, concluding her rant with, “You don’t know me!” Yet, it’s these diaries that really introduce viewers to Wright, that really allow us to see way past the blond beauty’s otherwise put-together façade.

It is not to say, though, that the running message of acceptance the documentary tries to feed won’t go down easy. In light of the LGBTQ+ movement gaining momentum, this documentary, which manages to be a wonderful showcase of Wright’s music as well, is a welcome booster. There is never any animosity to be seen in the feature or in the star herself, even though some wouldn’t be entirely out-of-place. Unfortunately, since coming out, invitations from country music have gone dry, her album was a general flop, and practically no fellow country stars have reached out. Still, now freed, the devout Christian has no regrets.

Wish Me Away brings audiences to the hard realization that this world is not as understanding and accepting as we hope. It’s tough, but the documentary never sells itself as anything different.

Chely Wright: Wish Me Away is playing now through June 21 at the Laemmle Music Hall.