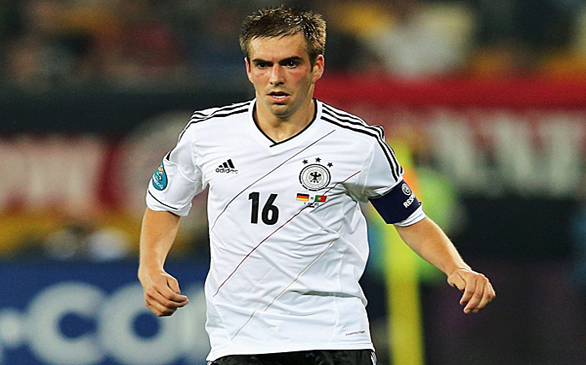 The Euro Cup has wrapped up group stage matches and will move on to the knock-out rounds, where ties aren’t accepted and there are no second chances. Below are predictions for how the four nail-biters will play out.

Czech Republic vs. Portugal
Winner: Portugal
While the Czech Republic have far exceeded expectations by topping their group after a disappointing 4-1 loss to Russia, their celebrations may be over as soon as they hit the pitch against Portugal. Its star, Cristiano Ronaldo, is brimming with confidence after scoring twice against the Netherlands.
Plot twist: Portugal is one of those teams that are secretly really insecure. It feeds off success, but will quickly panic at the first sign of failure. If their defense manages to trip up and let a ball through them, they may not have enough in them to recover against a team that is gathering momentum.

Germany vs. Greece
Winner: Germany
Even in the Group of Death, Germany hasn’t stumbled. As the only team to win all three group matches (earning 9 points is a first for the country in their Euro Cup history), Germany is primed to snatch the trophy from defending champions Spain. It’s difficult to see them relinquishing to Greece, a team that barely squeaked by in what was seen as the weakest group in the tournament.
Plot twist: Circa 2004, Greece won the Euro Cup, upsetting Portugal in the final. Still, this is 2012, and it’ll take a lot to get past the German defense and even more to keep Germany’s offense from scoring.

Spain vs. France
Winner: Spain
The defending champions of both major Cups (Euro Cup and World Cup) look a bit weaker than usual with the losses of David Villa and Carlos Puyol to injury, and it looks like coach Vicente del Bosque is still experimenting with formation and his players, amidst what is arguably the hardest tournament to win in the sport. Still, the technically gifted squad only looks weak when compared to their high standards of recent years; they should have plenty left in the engine to plow through to the next round.
Plot twist: The French defense is looking better than ever, and if they can manage to hold Spain’s patient offense at bay, and strike when their defense is vulnerable (surprisingly, it happens), they could provide the stunner to the confident Spaniards.

England vs. Italy
Winner: England. No, Italy. Wait, England. Italy? OK, England.
After the two initial matches from each country (Italy holding their own with Spain, and England scrappily tying France), it would have been much easier to predict Italy as winners in this match-up. However, since their opening match, England has looked increasingly like club team Chelsea, winners of the Champions League trophy this past season due to its good space management, solid defenses and sneaky attacks.
Plot twist: It wouldn't be much of a surprise if Italy wins, to be honest. The Italians are determined to reclaim their former glory after an extremely disheartening performance this past World Cup, and they look poised to do so.