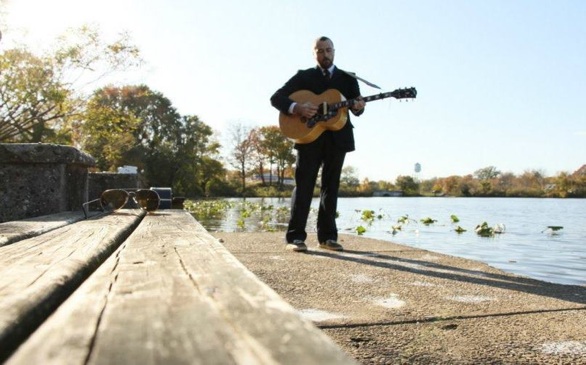 The Hale & Hearty hearkens back to a long-gone era.
(Credit: facebook.com)

According to his biography, Heyward Howkins is a descendant of Continental Congressman Thomas Heyward, Jr., one of the signers of the Declaration of Independence. Apparently the congressman was also a singer; no one is suggesting that Howkins is Heyward reincarnate, but the songs on The Hale & Hearty do hearken back to a long-gone era. It’s not so much the music that gives this album its olden flavor; Howkins uses modern equipment like the Mellotron and Vox organ in his gentle arrangements, but when he’s singing about the South, as in the wistful “Spanish Moss,” he sounds like he could easily be a weary Civil War soldier reminiscing about the simple joys of home. If you like M Ward circa his Post War album, then you’ll probably like The Hale & Hearty; it has a very similar vibe.