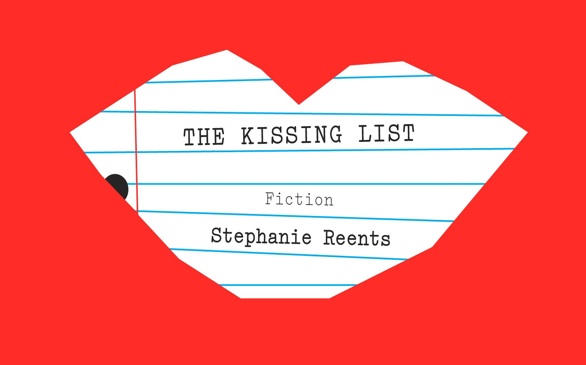 Looking for the perfect book to crack open under the sun? From non-fiction to chick lit to thrillers, these are the best titles to get you through the summer.

A brilliant find, Getting the Best Out of College by Peter Feaver, Sue Wasiolek and Anne Crossman tells you what to do after entering college. Pragmatic and resourceful, this book helps you get your money’s worth out of the best years of your life.

Anxiety plagues just about everyone at one time or another, but Daniel Smith’s version takes this symptom to the next level. His surprisingly funny take on it all, Monkey Mind: A Memoir of Anxiety, will make you laugh and cringe in recognition.

A delightful mix of Swedish and Ethiopian heritage, Marcus Samuelsson gives new meaning to fusion cuisine. In his new memoir, Yes, Chef, the author takes us on a journey that spans the globe, finally ending in the unlikely neighborhood of Harlem.

Almost every little girl dreams of being a gymnast, but the realities of success are often nothing like the fantasy.  Case in point, Dominique Moceanu’s marvelous Off Balance, a memoir that chronicles the highs and lows of being a gold medal winner.

If Walls Could Talk by Lucy Worsley, the chief curator at the Historic Royal Palaces in England, delves into the history of the house and how it came to exist in the specific form it is now. Bursting with interesting and specific details, this book is truly fascinating.

A luxury beyond most people’s means, having a portrait painted must be simultaneously thrilling and boring. Martin Gayford takes us inside the studio in Man with a Blue Scarf, a memoir of his seven-month sitting for Lucien Freud –perhaps the greatest contemporary portrait painter.

An updated and slightly more twisted ode to Bridget Jones, Stephanie Reents’s The Kissing List brings chick lit into the 21st century. These stories of a young woman trying and failing to meld adventure, romance and work crackle with the harsh reality of life.

For fans of “Downton Abbey,” Sadie Jones’s The Uninvited Guests provides the posh, but with a dark underbelly. This story of a supper party gone horribly awry is deliciously entertaining.

An awesome tale with a young female pioneer at its center, Little Century by Anna Keesey takes you back in time to the turn of the 20th century. Esther Chambers, an orphan with nothing to lose, ventures to Oregon to make her fortune, and the adventures that await her are both thrilling and thought-provoking.

Brimming with quiet charms and modest ambitions, Elizabeth Goudge’s The Scent of Water transports you to an altogether different time. The story of one woman’s longing for a simpler life will resonate doubly with today’s harried readers.

Step into The Wonderful World of Fifi Lapin, and I promise you will not be disappointed. This enchanting book of a very fashionable rabbit and her style tips is chock full of charming illustrations and good advice.

Any romantic will appreciate the charms of married couple Deirdre Heekin and Caleb Barber’s In Late Winter We Ate Pears. These tales of their hijinks in Italy will inspire daydreams, and perhaps even an adventure of one’s own.

If “Revenge” has taught us nothing except that the Hamptons is an incredibly beautiful place, then it has done its job. Sally Spanburgh’s The Southampton Cottages of Gin Lane will transport you there with pictures of these glorious “cottages,” both as they are now and archival photos presenting the houses in their original glory.

Treading similar territory to Madonna’s film W.E., but to much better effect, Juliet Nicolson’s Abdication follows King Edward VIII’s choice to give up the throne for American divorcee Wallis Simpson. By threading fiction with fact, the author manages to illuminate the times and the overarching fear of war that hovers behind the scandal.

Having left home for greener pastures, failed, and finally returning home again, Ben Hanson and Lauren Sheehan find themselves older but not necessarily wiser in Patrick Somerville’s This Bright River. This novel of mistakes, redemption and forgiveness will stay with you long after you’ve turned the final page.

Inspired by Edith Wharton’s The Age of Innocence, Francesca Segal has crafted a beautiful novel of her own. The Innocents follows a modern-day love triangle tangled in a sticky web of family and community.

Brooklyn + frozen dessert = People’s Pops. This how-to guide for shaved ice, ice pops and “boozy pops” will get you through the hottest days of summer with a smile on your face.

Like Jane Austen and Betty White, Julia Child just gets better with age. Her biography, Appetite for Life, by Noel Riley Fitch, is full of wide-eyed optimism and a can-do spirit that feels just as relevant today as when Ms. Child lived it.

Just in time for summer barbecues, Martha Stewart’s Martha’s American Food will provide inspiration for an amazing day of feasting. I particularly love her dessert recipes, like the Tennessee-style marshmallow cookies.

Reminiscent of Tom Perotta’s The Leftovers, Karen Thompson Walker’s The Age of Miracles takes an ordinary family and plunges them into a new reality. With a nod to sci-fi, Julia and her family wake up to news that the earth rotation has slowed, and things will never be quite the same again.

The Girl with the Dragon Tattoo raised everyone’s interest in Scandinavian literature, and as it turns out, there are a lot of great writers to be found in Sweden, including Camilla Lackberg. Her new title, The Stonecutter, will leave you cold and breathless as she spins the dark tale of a girl’s murder.