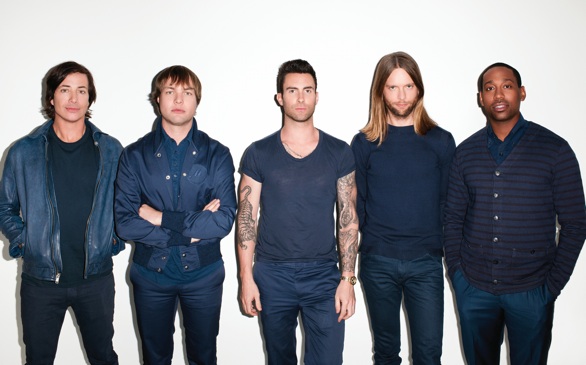 Maroon 5’s fourth studio album, Overexposed, has fans both jumping on their feet and cringing at the same time. The album is meant to be their most pop-heavy album yet, with songs that were made for the radio –but in doing so, the band looses a bit of the edge that they initially became popular for.

With the hit-single “Payphone” and the latest-released single “One More Night,” it’s easy to see Maroon 5’s shift away from their usual sound. Maroon 5’s style is usually classified as alternative rock, neo soul, and a bit of pop, but the new release is mostly pop. The album includes many high-energy, even electro-type songs such as “Doin’ Dirt,” and the strongest pop song of the album, “Love Somebody.” While these songs are catchy, they lack the alternative, unique sound that Maroon 5 had when their first hit “Harder to Breathe” hit the charts.

Overexposed includes collaborations with some of Hollywood’s hottest producers, like Max Martin and Benny Blanco, who produces for pop sensations including Katy Perry and Gym Class Heroes. While I found myself grooving along to the beats in this album, I feel less of a connection to the songs and to Maroon 5 in general. There are some hints of their old sound with songs like “Beautiful Goodbye” and “Sad,” although “Sad” is the most depressing, with lead singer Adam Levine literally repeating “I am sad” throughout the entire song.

Nonetheless, Overexposed is a pleasing album overall, with many songs sure to hit the Billboard charts soon. Maroon 5 is trying something new, and fans can take it or leave it.