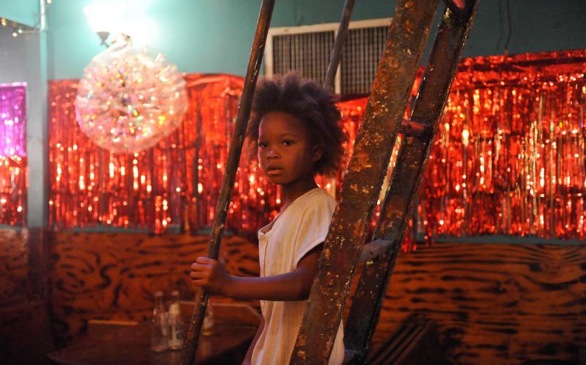 Quvenzhane Wallis in Beasts of the Southern Wild, which won numerous awards at the Festival.
(Credit: Jess Pinkham)

From June 14-24, Downtown Los Angeles was the scene of one of the largest film festivals in the country, with the Los Angeles Film Festival in full effect at L.A Live.

During the 11 days, over 200 films were screened, including blockbusters like Brave and Magic Mike, as well as major independent fare, including Seeking a Friend for the End of the World, Four, Juan of the Dead and Beasts of the Southern Wild, all films that seek to set the months of June and July ablaze at the box office.

The festival kicked off with a mixer that brought together movie aficionados, filmmakers and journalists from around the world, and then it was time to get down to business and see the films.

The first on my list was Beasts of the Southern Wild, a mystical drama about a young girl whose dying father must teach her to be self-sufficient in the Louisiana bayou they call home. Beasts of the Southern Wild won the Audience Choice Award at the festival for Best Narrative Film, and it certainly proved itself worthy of this prize. The young lead actress, Quvenzhane Wallis, who plays  Hushpuppy, truly steals the film, and proves that she certainly has a bright career ahead of her.

Another highlight was Gimme The Loot, an interwoven story that takes place over the course of a whirlwind two-day heat wave. A group of tough teens from the Bronx must hustle, scramble and steal to execute a scheme that will make them the most famous writers in New York.

Horror fans will rejoice in zombie movie Juan of the Dead, written and directed by Alejandro Brugués. The Cuban-Spanish co-production blends all the elements of the flesh-chomping genre, with a biting critique of the everyday horrors of Fidel Castro’s Cuba. Though it felt a little like a redux of 28 Days Later or Shaun of the Dead, it was still an entertaining and visually appealing film.

Taking home top honors at the LAFF was All is Well, which won the Jury Prize for Best Narrative Film. The Portuguese-language movie transforms filmmaker Pocas Pascoal’s personal story of exile from Angola into a deeply affecting story. It follows two Angolan sisters as they run away from homeland strife and escape to Lisbon, Portugal, where they struggle to survive on the streets. If you enjoy foreign-language films, this one is a must-see, as it has the heart that definitely makes it one of the great foreign films of the year.

The drama Four is an acting-driven film that will definitely keep you on the edge of your seat. The cast, which includes Wendell Pierce, Emory Cohen, E.J. Bonilla and Aja Naomi King, earned the film the award for Best Performance in a Narrative Film.

As much as the up-and-coming films bouyed the Los Angeles Film Festival, the festivities were driven by its large releases, which included Disney/Pixar’s newest film, Brave (which had a large spectacular premiere), and Steve Carrell’s Seeking a Friend for the End of the World, which pairs him up with Keira Knightley. In the film, as an asteroid nears earth, a man finds himself alone after his wife leaves in a panic. He decides to take a road trip to reunite with his high school sweetheart, accompanied by his neighbor who inadvertently puts a wrench in his plan –it’s definitely a movie everyone can enjoy.

Closing out the LAFF was Magic Mike, a Channing Tatum film that seems sure to catapult him into being one of the top actors in the business. Tatum carried the movie, with a little help from box office staple Matthew McConaughey.

The Los Angeles Film Festival all in all was a fun event that featured many great films, and in its 17th year, seems only to be growing bigger and better. I already can’t wait for next year; see you there!