Enrico Cassarosa Takes Us to the Moon: The director discusses his Pixar short, La Luna 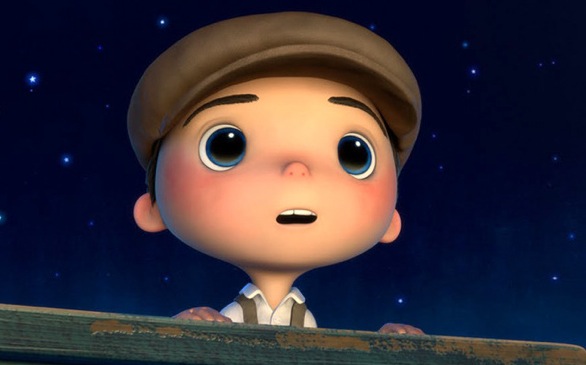 La Luna tells a whimsical tale of a young boy and his father and grandfather.
(Credit: Disney/Pixar)

Very little can be said about the Pixar short La Luna without giving too much away, but what you can know is that it’s a whimsical tale of a boy who goes to work with his father and grandfather under the light of the beautiful moon. If you like stories and visuals like George Meiles’ A Trip to the Moon, The Little Prince and Wallace and Gromit’s A Grand Day Out, you will LOVE La Luna.

Campus Circle sat down with the short’s director, Enrico Cassarosa, to talk about this lovely tale, and the process of becoming the coveted short film screened with the newest full-length Pixar movie, Brave.

Campus Circle: You discussed that some of your childhood experiences with your father and grandfather loosely inspired your short. What personal touches and mannerisms of theirs did you project onto the characters, if any?
Enrico Cassarosa: Not so specifically; they ended being just very fantastical versions of my dad and grandfather. They never really shared an actual job, and they’re actually very different. [One similarity is] my dad has been wonderful [about] getting me out in the world, giving me opportunities to go and find my own road.

CC: That’s a theme that also resonates with Brave. I know that the Pixar shorts selected aren’t always intended to go with the full-length movie’s ideas, but La Luna really fit. They’re both about family and tradition.
EC: That’s true. One’s a boy and one’s a girl. (Laughs) Completely accidental.

CC: How do you feel taking your first turn as a director? You’re like the little boy in the film in the sense that you’re having your first go at helming a project.
EC: (Laughs) Yes. Well it’s been wonderful. John Lasseter is the executive producer, and there is definitely mentoring; there’s definitely a huge amount of learning through this process. You’re actually right: it’s like the first time you get to go to the moon. There’s a lot of great metaphors for that. It’s been such a wonderful experience. You have wonderful, wonderful talent around you that is really there to help you in making the technical decisions, but still you know they’re there to also be inspired by the story you want to tell. I felt like a lot of my job was really trying to inspire people as a director. The story resonated with a lot of our crew, and that’s what made it easier for me to lead. They believed in it.

CC:  Did they help with the scripting of the story, or was that already conceptualized before a crew came on board?
EC: The story was pretty much figured out before the crew came together. I pitched it, and it had a pretty good amount of shape. We didn’t have all of it, but it felt like a little bit of sculpting happened just really as I made the storyboards with John Lasseter. The shorts don’t usually go through the “Brain Trust” of every director giving notes on the movie. (Note: The Brain Trust is a small group of leaders at Pixar who oversee development on the movies selected to be made. Members have included Pixar greats such as Brad Bird and Andrew Stanton.) We tried to go out of our way to get lunch with Andrew Stanton (Wall-E, Finding Nemo) and show him our reels and see what he thought.

CC: What did Andrew Stanton think?
EC: Andrew was really wonderful. I think the first thing he said – which blew me away because Andrew’s known to be pretty direct and super smart – the first thing he said was: “They had any notes?,” and I was like “Oh my God, that’s an awesome thing [to hear].” So he felt really good about it, and he might have been the one who suggested the hats. It’s wonderful how you find these little moments by everyone coming up and saying, “Oh you could do this or that,” and then you kind of try and pick the things that make sense for your story. Brad Bird saw it [too and] he was wonderful. He gave notes about clarity, so we tried to clarify a couple of moments to him. We showed it to Pete Doctor (Up), and he was really great. The thing you learn is to really try and take the notes, and not necessarily do everything as they’re suggesting, but know that if there is a note, there’s a problem; something could be better. Then try and find your own way to address it. You’re going to get notes all over the place, and if you follow all of them you’d be lost. So it’s a little bit about making your own decisions and finding something that connects to how you feel about it.

***SPOILER ALERT: DO NOT KEEP READING IF YOU HAVEN’T SEEN THE SHORT. Be sure to catch it playing in front of Brave in theaters now. If you have seen it and want to know more about the ending, read on!***

CC: What moment in pre-production did you realize the reason behind the characters sweeping stars?
EC: At first I knew they would be sweepers, but then I thought, “What could they be sweeping?” So then I thought, “Stars! What if stars fell over there?” So if you’re moving around light, maybe they’re not sweeping them, they’re just moving them to make phases. It was very early on that I knew I had a great ending –not to come off smug, but you know when you have something that will be a surprise. The interesting thing is we had to manage very carefully the last few shots because we would show a little too wide, and then you’d see it too soon. We were very, very conscious and careful. We can’t let that be seen until the reveal.

La Luna is now playing in theaters before Brave screenings.