Kasher in the Rye 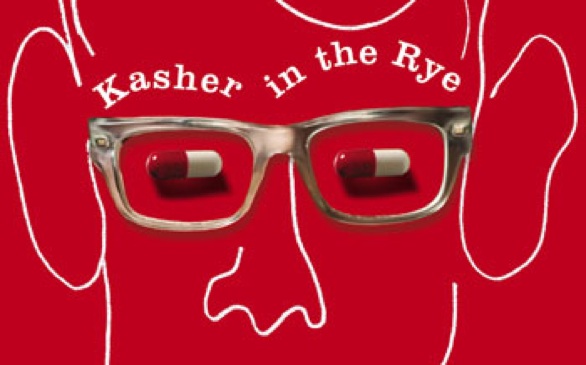 "How do you hit rock bottom by age fifteen? Start with psychoanalysis at age four. Increase dosage until saturation is reached. Add addiction. A pinch of ADD, arrest, violence, rehab, antidepressents, gangs, guns. Shake, stir, pour." (excerpt taken from information sleeve of Kasher in the Rye)

If J.D. Salinger had penned The Catcher in the Rye about half a century after he did, I would imagine it to have read something like Kasher in the Rye... sort of.

The first item people will take notice of when they initially hear about Kasher's latest release is its verbose and seemingly inflated title, Kasher in the Rye: The True Tale of a White Boy from Oakland Who Became a Drug Addict, Criminal, Mental Patient, and Then Turned 16 ––that's certainly a mouthful.

However, in a world full of late night infomercials, telemarketers and every local eatery claiming to be home to "L.A.'s Best" something, you should be all too familiar with people making bold, faulty claims in order to get you to throw money their way. After all, how could someone who seems as outwardly put together as Kasher –– a now accomplished stand-up comedian, writer and actor –– have tallied up so many dismaying life experiences, all before he was even old enough to get his driver's license?

The long and short of it is that everything Kasher claims in his title –– everything from being a drug addict, to a criminal, to a mental patient –– all did in fact happen... and yes, by the time all this happened Kasher was still only 15. Kasher, to the best of his memory's ability, retells the eventful first 15 years of his life using his unique brand of self-aware, quick-witted humor, making for a read as inspiring as it is poignant.

In the manner that Salinger's invented character Holden Caulfield was able to shock readers for the past 50+ years, Kasher's junior self, with his wild and precocious antics, also provides the same shock value whilst simultaneously maintaining a sense of relatability. Kasher's real-life story, though not identical at the tit-for-tat level with the problems every one of today's teenagers face, on a larger scale conveys the ubiquitous struggles which adolescents encounter in their coming of age.

Kasher in the Rye is currently available.