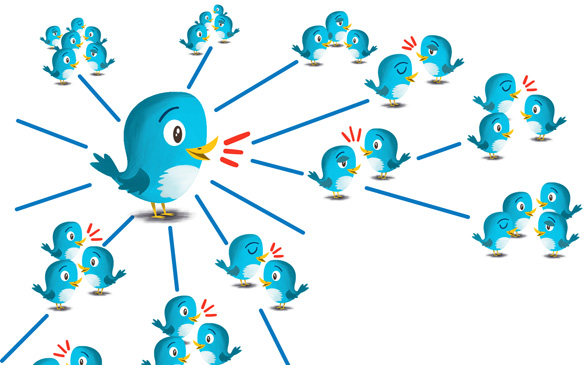 Many athletes and Olympians engage in social networks such as Twitter.
(Credit: The Kansas City Star/MCT)

When Rebecca Bross was hoisted back onto the uneven bars by her coach after falling twice during her routine last weekend at the U.S. Olympic women's gymnastics trials, she had more than just the support of the sold-out crowd behind her.

It wasn't until after the competition, when she peeked at her phone, that she realized what kind of impact her unsuccessful attempt at salvaging her routine had in the world of social media.

"I checked my phone, and it kept going and going," Bross said of the number of comments posted to her Twitter account (@RebeccaBross93). Among them:

"This is so heartbreaking to watch. Rebecca Bross my heart goes out to you. Glad you didn't give up."

"I want to give Rebecca Bross a hug after that."

And on and on they went.

"I was overwhelmed and inspired," Bross told me by phone Friday from her home in Plano, Texas. "I never would have thought that many people would have (supported) me like they did. I was never that big into Twitter; but I've gotten a lot more into it now after Olympic trials."

Bross didn't make the Olympic team that Sunday in San Jose, Calif. But she experienced the same tidal wave of support - albeit on a different level - as another gymnast fairly new to the social media scene: Sam Mikulak.

Mikulak, who became an Olympian last weekend after being named to the men's team the day after the trials, is a rising University of Michigan junior who - judging by his thousands of young female followers - is on his way to becoming one of the most popular U.S. male athletes at the London Games.

Like Bross, Mikulak, 19, wasn't an avid participant in social media, including Facebook, until recently. He said his interest grew as his numbers of followers increased, which for him happened last month after he won the bronze medal at the Visa/U.S. championships in St. Louis.

"I had barely gotten onto Twitter three months ago and never tweeted anything," he said after training Thursday in Ann Arbor, Mich. "I had 200 followers before Visa. Now I'm closing in on 10,000. I'm shocked. This is so fun seeing everybody share their support."

In the past week, Mikulak's thumbs have been busy accommodating his followers because he has been "retweeting" or "favoriting" their requests. A typical (and true) reaction from a fan: "OMG just realized that (at)SamuelMikulak favorited one of my tweets; dreams come true"

Mikulak said; "I look at it about six times a day now and re-tweet things. I'm trying to keep my fans happy, I guess."

Social media platforms existed at the past two Olympics, but now they're bigger than ever, part of popular culture. Even the International Olympic Committee has its own Twitter account and Facebook page.

The U.S. Olympic Committee, like the IOC, allows its athletes and other accredited people to take part in social media during the London Olympics and Paralympics - to post, blog and tweet their experiences -provided that it is not for commercial and advertising purposes.

There are other restrictions, though. According to IOC guidelines, posts, blogs or tweets must be in first-person, or diary-type format, and should not be in the role of a journalist. More specifically, according to the IOC, athletes "must not report on competition or comment on the activities of other participants or accredited persons, or disclose any information which is confidential or private in relation to any other person or organization."

Postings must also conform at all times to the Olympic spirit and be dignified and in good taste.

"Almost all our athletes who are on Twitter use it for positive reasons," said Patrick Sandusky, the USOC's chief communications and public affairs officer. "We expect it will remain that way" in London.

By the time all U.S. athletes reach the Games, each will have gone through a session of "Ambassador training" that includes the proper way in which to use social media.

While some Olympians have said they'll limit or avoid social media during the Games because they don't want to be distracted, or because they feel like it adds more pressure, Mikulak has no intention of being a Twitter quitter.

"I'm going to be embracing it," he said. "I love it. I just don't want to be thinking about gymnastics all the time. It gives you a balance."

Special Feature
What would sports look like with smaller or no crowds?
237 views

Special Feature
He made most of his gap years: Capehart, 85, gets degree from USC after starting in 1952
220 views

Special Feature
The Pac-12 at a crossroads: morality or money?
1,090 views

Special Feature
Taking in a LAFC game is good for the sporting soul and stomach.
1,524 views