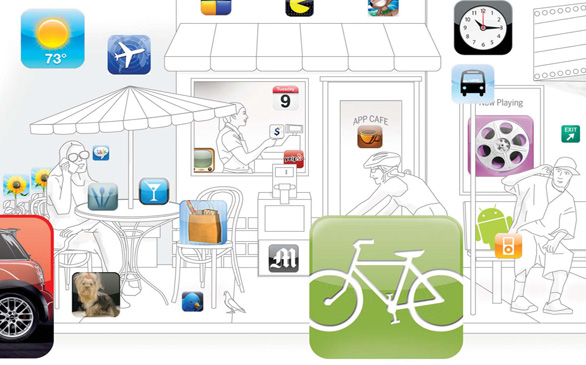 Wouldn't it be nice to forget your wallet - permanently?

That day is coming sooner than you think. In the walletless future there will be no credit cards to lose, no cash to carry and no concert tickets to leave at home. Already, with a few taps on the screen of your smartphone, you can order a meal at a restaurant, loan your friend 20 bucks or even unlock the door to your house - so you can lose the keys, too.

Nearly half of U.S. consumers own smartphones, and as they have gained popularity the devices have grown to resemble pocket mini-malls, with rows of virtual storefronts where consumers can buy video games, music, books and TV shows.

It's becoming such big business that the largest banks and credit card firms are partnering with wireless carriers, handset makers and eager software developers to push the smartphone further into the center of global commerce.

The plan is to turn your phone into a digital wallet that will let you pay for just about anything, whether you're online or at the register. By 2016, mobile payments are expected to reach $617 billion worldwide, a nearly sixfold increase from last year's $105 billion, according to research firm Gartner Inc. By then smartphones are expected to account for close to two-thirds of all U.S. mobile phones.

There are big advantages to electronic money. It's easier and quicker to process than cash or plastic, and without the need to fish around for credit cards or wait for receipts to print, long lines may become a thing of the past.

What that all tallies up to is that the way we buy and pay for things is in for the biggest change in decades - certainly since the rise of plastic cards in the 1950s, and perhaps since the emergence of personal checks a century earlier.

"We're going into a world where the consumer is going to be given lots and lots of different choices about how they pay, each with its own perks," said Carol Coye Benson, a partner at payment consulting firm Glenbrook Partners. "Cash and credit are the primary methods that everyone uses now, but it won't look like that in five years."

Although still embryonic, the world of smartphone payments is developing fast.

Since launching its mobile application last year, Starbucks has processed more than 45 million digital payments in 9,000 locations, and a recent visit to a store in Los Angeles showed why.

Morning coffee customers stood in line, nearly all of them tapping away at their smartphones, sending text messages, reading email or, in one case, playing a poker video game.

When Andy Deer's turn came to buy a pound of coffee beans, he opened his iPhone's Starbucks app and tapped "Touch to Pay." The phone flashed up a bar code, and the cashier scanned it. That was it - $12 disappeared from Deer's Starbucks account, a receipt arrived in his email inbox and a cartoon star dropped into a cup on the phone's screen; two more and he would earn a free beverage.

"It's just a lot easier than carrying another card around," said Deer, a 37-year-old landscaper from Los Angeles.

Anytime the Starbucks app's balance falls below $12, it automatically refills to $25 by pulling from his credit card account. Deer's iPhone also has an app from Fandango that lets him buy movie tickets, and another from Amazon.com allows him to scan bar codes at a store such as Toys R Us - if Amazon sells the teddy bear for less, he can instantly order it through the Internet retailer.

"I'd be so hip to just having my fingerprint work for everything so I wouldn't have to carry anything else," he said.

The increasingly crowded field of companies looking to profit from digital payments also includes giants in the technology, payment and telecommunications industries.

Google Inc. last year introduced its Google Wallet smartphone app, which enables users to load their Visa or MasterCard number into their phone. The next version of Apple's iPhone will have a Passbook that will store customer loyalty cards and movie tickets, and Microsoft Corp.'s new phones will do the same.

PayPal is working to let customers at stores such as Home Depot and Foot Locker check out with only a phone number. And Isis, a consortium of Verizon Wireless, AT&T Inc. and T-Mobile, is working with Discover Financial Services to offer a mobile wallet to more than 200 million smartphone users.

"You can think of a zillion ideas about what we can do next," said Tam Hulusi, a vice president at Orange County's HID Global Corp., which along with payment services designs digital ID technology that allows people to enter buildings.