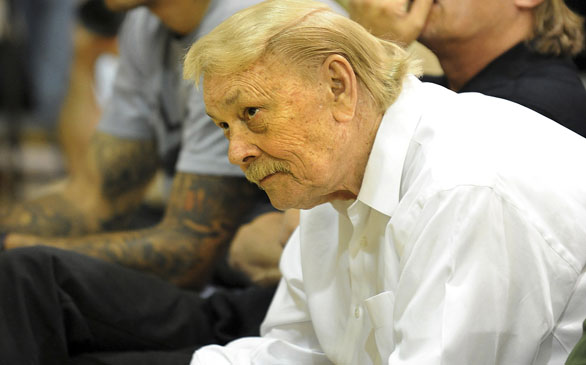 The owner of the Los Angeles Lakers, Jerry Buss, has been hospitalized for severe dehydration. According to TMZ.com, Buss was ill last night at his home around 9 p.m. According to the sources of TMZ, the 78-year-old was rushed to a local L.A. hospital after someone called paramedics.

“In response to media inquiries and to dispel rumors and inaccurate reports, we’d like to state that Dr. Buss is in a local hospital where he is being treated for dehydration.  He is recovering and is expected to be released soon,” Lakers' spokesman John Black said in a prepared statement Tuesday morning.