Are Movie Remakes Worth Seeing? 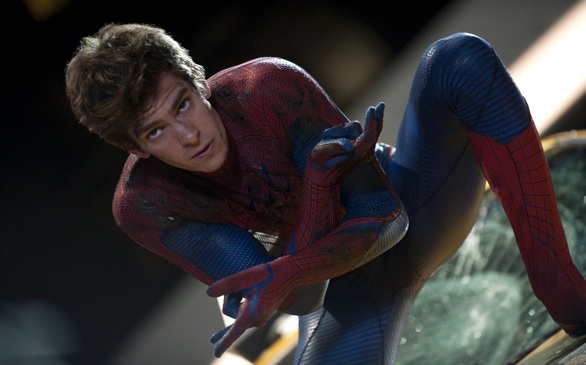 Hollywood is pretty sneaky. Time and time again, it somehow manages to get you to pay to see a movie you’ve seen before. This summer, the Spider-Man franchise will try to get everyone to see another movie about the web-slinger, and based on recent box office reports, they’ve certainly succeeded. The industry has done well in re-imagining a plot by replacing actors, bringing a different director’s vision, and simply marketing it to a different generation.

When the first Spider-Man movie came out a decade ago, people thought of birds when “tweet” was said, Facebook was nothing more than a weird combination of two nouns, and amateur videos didn’t have a one-stop outlet to become viral. With a generation glued to smartphones in desperate need for a Spider-Man to call their own, it seems that Andrew Garfield has come to the rescue. Director Marc Webb was up for the challenge of rebooting a blockbuster franchise that grossed $2.5 billion worldwide across three films. With only indie darling (500) Days of Summer to his resume, Webb came into the franchise with fresh eyes. It seems in the world of redux, that’s all you really need: fresh eyes.

After all, that’s why remakes work. It’s a wonderful combination of familiar and unfamiliar. Movie-goers go in hoping for the heart of their favorite story, but the bones of another machine. Everyone goes in hoping the new version of their favorite tale takes another step towards perfection.

Sometimes, they do. Some remakes are so memorable that they completely overtake the original. Al Pacino has forever been seared to Scarface, but the version he stars in was actually a take on the 1932 original. There have been talks of another remake, but talk has tapered off ever since the news of screenwriter David Ayer signing on was released.

Every version of King Kong has been lauded – from the 2005 Naomi Watts remake to the 1976 Jessica Lange remake to the 1933 Fay Wray original. Not surprisingly, and without much protest, there is currently a new one in development.

21 Jump Street exploded in theaters this past spring, and it was actually a comedic reboot of the ‘80s TV staple of the same name that gave Johnny Depp his big break. Speaking of Johnny Depp, he and his partner-in-crime Tim Burton’s latest venture, Dark Shadows, is a silver-screen redux of a TV series. They have made eight films together, five of them remakes, notably Charlie and the Chocolate Factory, an eerie spin on the Gene Wilder 1971 classic. With his version, Burton did something so unlike the original that it couldn’t possibly be compared, even though it literally had the same exact plot.

Sometimes reboots are made precisely to fix a predecessor’s mistakes. Everyone has just about forgotten Godzilla starring Matthew Broderick, but for some reason, director Gareth Edwards has taken it upon himself to dredge it up again, in some kind of attempt to bring the lizard to its former glory. The script is being written by David S. Goyer (The Dark Knight) and Max Borenstein (The Seventh Son).

If Tinseltown moguls don’t stop to consider what they’re measuring up against, the remake could end up embarrassing itself like a little sibling desperate for attention. For instance, shouldn’t there be some sort of rule about not touching the granddaddy of horror films? There clearly wasn’t one in 1998, when 1960 Alfred Hitchcock cult classic Psycho was remade and consequently widely panned. Did they think they could recreate Hitchcock magic? Someone needs to say, “Let’s not fix what ain’t broke” to the re-makers of Carrie, another cult classic based on a Stephen King novel.

Unfortunately, or fortunately, depending on how you look at it, Hollywood will always be making remakes. There are many in development now: Zack Synder, with 300 and Watchmen under his belt, has been called on to direct Superman: Man of Steel. Josh Hutcherson made a movie with the other Hemsworth brother, Chris, in an updating of the 1984 Cold War classic Red Dawn. This one will have China invading instead of the Soviet Union, but will leave much of the premise otherwise intact. After starring in the remake of The Great Gatsby, Carey Mulligan has signed on, and replaced Kiera Knightley, to My Fair Lady’s lead role of the working-class girl who is turned into a proper duchess. And in the surprising fashion that is crucial to remakes, Willow Smith is attached to play the precocious little girl in Annie that sang and tap-danced her way to the hearts of the Warbucks clan and audiences alike. Rapper Jay-Z is writing the songs to accompany the remake of the 1982 musical film, which was based on the Broadway musical, which was based on the comic strip.