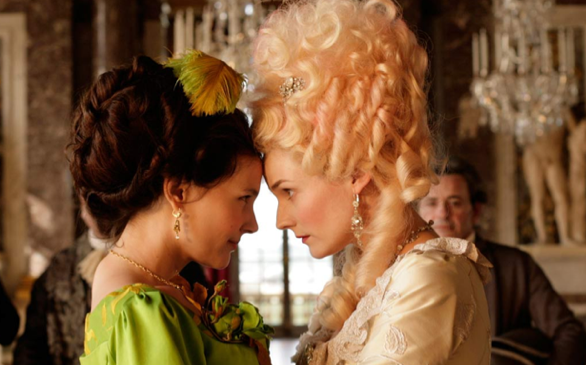 Farewell, My Queen is the tale of a young servant girl named Sidonie Laborde (Lea Seydoux). The year is 1789, and all is well in Versailles. Sidonie resides near the Petit Trianon, where Queen Marie Antoinette (Diane Kruger) spends most of her time. There, she spends her days reading to the Queen and doing everything she can to make sure that Marie Antoinette is pleased. However, unbeknownst to Sidonie, there is a revolution brewing in Paris.

Soon, rumors and whisperings run rampant in the halls of Versailles. People talk of Marie Antoinette’s infatuation with Duchess Gabrielle de Polignac and speak ill of the royal family. Sidonie, refusing to believe such things, stays by the Queen’s side. Soon after, news comes that the people have stormed the Bastille.

Sidonie is shocked to see that the many people who had once shared the halls of Versailles and lived there in peace are now fleeing for their lives. No one feels safe anymore, and even the Queen is said to have fled for Metz.

To Sidonie’s dismay, she soon discovers that the Queen did not flee. In addition, a list of heads to be cut off is now being passed around Versailles, and Marie Antoinette’s name is first on the list. Caring about nothing more than the Queen’s safety, she stays by her side, helping in any way that she can.

Marie Antoinette, however, is not concerned with Sidonie’s well-being. Instead, she confides in Sidonie her love for Gabrielle de Pognac. The Queen has asked the Duchess to leave Versailles for Switzerland. The Queen also has one last request of Sidonie: she must travel with Gabrielle de Polignac disguised as the Duchess. Marie Antoinette has asked Sidonie to risk her life, and she is torn. She knows that she could be killed, but how can she refuse when she loves the Queen so much?

Farewell, My Queen was truly a delight to watch. Lea Seydoux really drives the film with her skillful acting technique. There is something strangely mesmerizing about her, and she makes you care for Sidonie. Diane Kruger, whom I was slightly skeptical about at first, turned out to be a wonderful addition to the film. Her sadness after asking the Duchess de Polignac to leave is palpable.

Everything else aside, what makes this film great is the chemistry between the characters. The cast seemed to really understand the relationships, making for a real intimate look into the lives of the people at Versailles and their relation with Marie Antoinette. Farewell, My Queen is a must-see film, not only for the story, but also for the talent with which the cast portrays these characters.