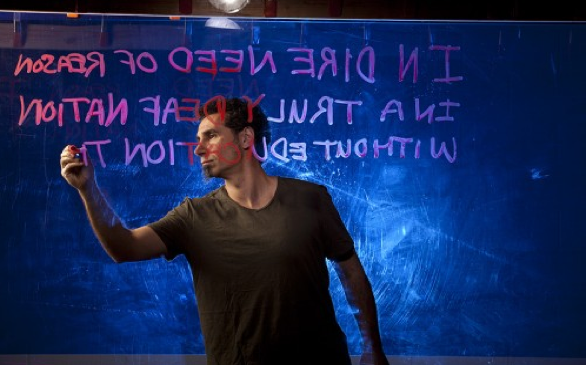 Sometimes you have to wonder about how much thought artists put into an album title. Serj Tankian calls his new one Harakiri, which is a term used to describe a form of ritual suicide once commonplace in Japan. Undoubtedly, there will be a number of wags who don’t like the album, who will gleefully declare that Tankian has taken the opportunity to commit career suicide. To the contrary, while there is nothing earthshaking (or gut disemboweling) to Harakiri, Tankian has certainly not turned in a clinker.

With two previous solo albums in circulation, plus his work with System of a Down, fans pretty much know what to expect from Tankian, and Harakiri delivers more of the heavy yet melodic and lyrically socially-conscious music that he’s known for. Tankian uses a sing-song vocal on album opener “Cornucopia,” where he also tones down the bombast a little, resulting in perhaps the most commercial-sounding single he’s ever produced. If you ever wondered what Guns N’ Roses might sound like with Tankian at the mic, check out “F___, Let’s Figure it Out,” and for a taste of his native Lebanon, tune into the Middle East-flavored “Ching Chime,” a song that will have the faithful chanting the song title in the same amusing way that Tankian does.

Tankian seems to be trying harder with his vocals on this record, and whether he’s playing it straight or sounding like a queasy Les Claypool knockoff – like on “Reality TV” – he remains quite interesting to listen to.