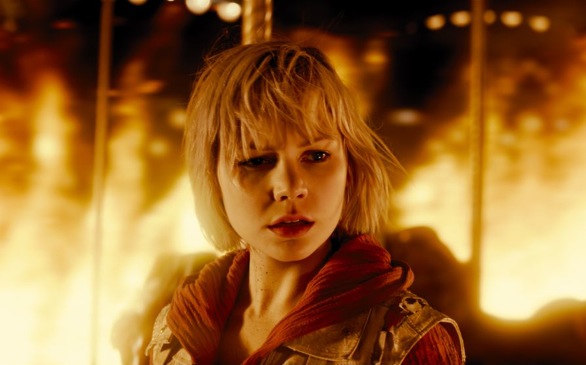 In 2006, Silent Hill was released to theaters. After the film had done well at the box office, there were many rumors and much speculation about whether or not a sequel was underway. Roger Avary, the screenwriter of the first film, had begun work on a script when he was arrested after a drunk driving incident. Some time later, Michael J. Bassett took over both writing and directing the film. Now, six years after the release of the first film, Silent Hill: Revelation 3D, starring Adelaide Clemens, will see the light of day. Campus Circle was at Comic-Con for an exclusive Q&A.

Q: This movie reunites Sean Bean and Kit Harrington from “Game of Thrones.” What was it like having both of them on set together?
Michael J. Bassett: Well, I didn’t know at the time, and “Game of Thrones” hadn’t been shown. Kit came in as a talented young actor for the role. He’s fantastic. He was one of the first guys I met, and I knew it was going to be him. Then “Game of Thrones” came out and suddenly we’ve got John Snow.

Q: How much of the old Silent Hill film do you have to know to watch this?
MB: None at all. The whole point of this was that we created a sequel to the first movie that continues the story of young Sharon Da Silva, who, for reasons that are explained in the movie, becomes Heather Mason. It’s a sequel –an adaptation of the third game, and a standalone movie. It’s basically about a strong, young heroine who has to find the truth of herself.

Q: Adelaide, you’re originally from Australia. Now that you’ve begun your career, have you moved to Hollywood?
Adelaide Clemens: I’ve been all over the place. Since Silent Hill, I’ve been mainly working in Toronto, then Louisiana... I’m just following where the job goes. I’ve been kind of like a gypsy for the past couple of years, so I don’t really know if I’ve moved to Hollywood or not.

Q: What sort of different sets can we expect on this film? What about it is different than the first film?
MB: The difference is that my aesthetic is applied to the "Silent Hill" world. We didn’t do a lot of green screen stuff. We built the world as much as we possibly could, or we found an environment to which we could retrofit or apply that "Silent Hill" aesthetic to. What we do in this movie, perhaps a bit more than in the first one, is that we spend a little bit more time in the real world. We ground the audience in Heather’s home life and environment before we start dismantling that, and sending her to the fog world and the other world... It’s a horror journey, but it’s a psychological journey as well.

AC: I think what really attracted me to Michael’s script is that we set up Heather’s world in the real world, and eventually, it all kind of gets sucked into Silent Hill. I think you really have a lot of empathy for the character, and you kind of hop on her ride.

MB: The thing is that the first movie is such an artistically and creatively successful film. It’s beautiful. Everybody worked at the top of their game. You can like it as an adaptation of the games or not, but you cannot deny the fact that aesthetically and technically, it’s an incredible film.

MB: So, we really had a very high benchmark to try and achieve, and one of the things we’ve done is obviously shot this in 3D to try and give you another level of immersion. One thing 3D can really do is draw you into an environment.

Q: One of the coolest parts of the original film is the rain of ashes. Are we going to see that again?
MB: You’re going to see it in 3D. It really is fantastic to watch. 3D really works when things are slow, and you’re kind of a little bit hypnotized by it.

AC: I think, personally, 3D goes hand-in-hand with a video game adaptation. As an actor, I kind of felt like I was there with a console, playing. You get to experience that when you watch the film.

Q: We think that a big part of the reason that the games and first movie were so successful was a phenomenal score. In fact, the first movie used a lot of the video game’s score. Can you speak a little bit about the score for Silent Hill: Revelation 3D?
MB: It’s not Silent Hill without Akira [Yamaoka, who scored the games and first film]! I’m a gamer, and I played these games when I was starting out. The sound design and score are massively unique. He’s a really talented guy. There was no way I was doing Silent Hill without Akira being involved, and he has been. We have Jeff Danna, and Akira came in and helped and gave us some new stuff as well, so we have original Akira and re-workings of his old themes. It’s all there, and it’s a really good score.

Q: Adelaide, what was it that you found most challenging about playing your character?
AC: Honestly, I think it was the physical challenge of being Heather Mason and of what working on Silent Hill: Revelation 3D entailed. It was constantly physical –falling, running...

AC: I remember we shot me running through the ashes. We’d have a camera on one end and a camera on the other, and I probably had like a mile or mile and a half to run. Then, they’d have a technical glitch in the camera, but I can’t hear because I’m running. (laughs) I get to the other end, and they go, “We didn’t get that one, you’ve got to go back.” So I’d have to run back, and do it again. (laughs)

AC: You did! But I mean, I loved every minute of it. As an actor, in the psychological journey of Heather, there was so much there to sink my teeth into. I was really satisfied on all levels.

Q: Can you tell us about the creatures that you’ve featured in this film, and are there any that will be returning from the first film?
MB: I don’t want to give too much away because I think that would be unfair. There are creatures from the first movie and familiar creatures from the games which appear –fan favorites. We’ve created some new stuff. Technically, I like people in costumes on the set. I like to see it. We did some CG enhancement, but the intention was always to create a real world and to put the monsters in front of the actors so they can respond to it. That’s what the games try and do: they get into the mind of the character, and the monsters exist because they reflect some aspect of the character. Now, with this in my own mind, I have justification for why they all appear and what they represent to Heather.

Q: What was it like working with Radha Mitchell, who plays Rose Da Silva?
AC: Radha and I have crossed paths before because we’re both Australian. It was just lovely. She only makes a small kind of appearance in the film.

MB: Yeah, she’s in the movie, but for a very key reason.

Q: Seeing as so many game adaptations fail, are you at all worried?
MB: No; you know, I came to this as a piece of storytelling first. I absolutely don’t want to alienate the fans. I’m a fan of the game myself, but to try and make a video game adaptation work it’s got to not be a video game adaptation. It has to be a good movie that tells a great story. It’s hard to make any movie, especially a good one, but I think we’re there.