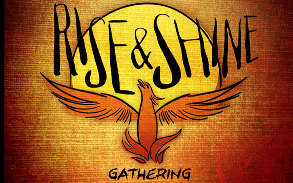 Rise & Shine will be a more intimate version of Lightning in a Bottle.
(Credit: thedolab.com)

Participants and fans of the Do LaB’s summer event Lightning in a Bottle rejoice: a new festival, Rise & Shine, is in the works for autumn, and offers an even more intimate place of gathering for spirituality and mediation.

The Rise & Shine Gathering is a conscious living event that is meant to inspire and allow us a better understanding of our place on Earth. We spoke with Jesse Shannon, one of the creators of the event, for an insider’s look into this up-and-coming festival.

“We will still have music and it’s still a celebration, but with a focus more on educating the audience in a non-party aspect,” Shannon says of the event. He states that the goal is to “expose the audience to yoga, mediation and a more engaged lifestyle, where we find ways to live more in harmony with each other and the world we live in.”

Rise & Shine will include many well-noted speakers and instructors, workshops and music. Shannon says you will be able to get information on topics such as urban gardening, growing your own food, energy workshops, bio fuels and more.

“People have read about these ways of living and are interested, but this event is taking the next step and putting it into action,” Shannon says of the various workshops at the festival. There will be an emphasis on yoga and meditation and the importance of it in our daily lives.

With Lightning in a Bottle reaching its capacity with around 16,000 guests this year, Shannon says that Rise & Shine will be on a much smaller scale, with about 5,000 expected guests. This will allow people who want to focus on spirituality to come out and experience it on a more intimate level. And while Lightning in a Bottle kicked off the summer in late May, Rise & Shine is appropriately scheduled during the autumn harvest time of October. Shannon says that autumn is more of a settling-down time, which fits in with the overall theme of the event.

A very important aspect of Rise & Shine is welcoming in the spiritual way of living into our lives –no matter what our background may be. Many alternative views and ideas will be offered, and Shannon emphasizes the importance of having speakers that “present ideas that aren’t mainstream view.”

This ties in perfectly with what he and his co-creators want the audience to get out of the festival: “A lot of us come from the normal American way of life, with corporate jobs and trying to be successful by making money…but this is a way of life where we get to live more creatively and have a decent relationship with the environment and each other.”

He continues by saying how Rise & Shine is meant to inspire people to see outside of their normal everyday lives and live in a more spiritually engaged way. And the most important aspect of Lighting in a Bottle will still carry over to Rise & Shine: it’s the people and the overall vibe.

“The most important part of Lightning in a Bottle will be there- the feeling that everyone gets from the gathering, the welcoming and happiness of it. Truly what makes this different from other festivals is the way everyone walks around; it’s very friendly and there are smiles everywhere. Everyone takes care of each other.”

So get your yoga mat ready, and be sure to partake in the ultimate spiritual experience this autumn.

Rise & Shine will take place in the Hummingbird Nest Ranch in Simi Valley on October 19-21. Weekend passes as well as day passes will be available for Friday, Saturday, and Sunday.