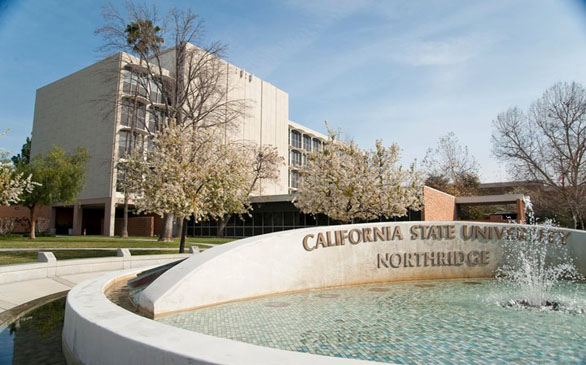 The salary packages for four incoming and three interim executives were the first under a new policy that freezes state-funded pay but allows individual campus foundations to supplement compensation up to 10 percent.

Chancellor Charles B. Reed said that funds would be raised specifically for the salary supplements and that no foundation funds would be diverted from student scholarships.

Outside of the meeting in Long Beach, students and members of the California Faculty Association gathered with picket signs that read "Presidential Perks - Misplaced Priorities."

"The raises are not justified," said Matthew Delgado, 20, a photo journalism and English major at Cal State Northridge.

Budget cuts have made it almost impossible to find classes needed for his major, Delgado said. "All of the money for presidential perks should go towards classes and better teacher pay."

The action on the salary packages came as trustees were also set to discuss possible tuition hikes, enrollment reductions and other severe budget options should voters fail to pass Gov. Jerry Brown's tax measure on the November ballot.

Failure of the initiative would trigger a $250-million mid-year funding cut for CSU.