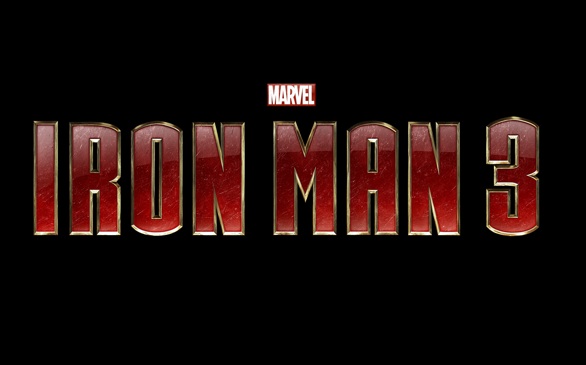 On Saturday, July 14, a large group of press gathered in a ballroom at the San Diego Bayfront Hilton Hotel for a Comic-Con exclusive Q&A for Iron Man 3. There to participate were Robert Downey Jr., Don Cheadle, director Shane Black and producer Kevin Feige. Here is what they had to say:

Q: There have been such great action and set pieces in both The Avengers and previous Iron Man films. Do you feel pressure to make sure that Iron Man 3 lives up to that standard?
Kevin Feige: Well, I don’t think we’re aiming for bigger necessarily. We’re aiming for different and fresh and new.

Shane Black: To me, it’s not about being big; the idea is about capturing the intensity that The Avengers managed to capture. I think that’s what we look to do: get a ton of thrills in a short space.

Q: Shane, could you talk a little bit about the “Iron Patriot” rumors and the pictures that leaked online? Can you tell us how that actually fits into the film?
Robert Downey, Jr.: Keep a straight face, Don [Cheadle].

Don Cheadle: Not as fun as it’s going to be in the movie.

SB: The more uncomfortable for the actor, the more satisfying for the audience. (laughs) But the fun thing for us, especially with the fans and their blogs, is how much the guessing is SO wrong. It’s REALLY off base.

Q: Shane, you’ve written a lot of big movies for directors and producers. How did it feel to be in the director’s chair on your own big movie?
SB: What surprised me, frankly, was just how much help was generously available to me. It’s easy as it could be. Jon Favreau [who directed the first two Iron Man movies] was available to give me all kinds of tips and advice.

Q: How did the storyline and success of The Avengers affect what you wanted to do in this movie? Robert, what were the sides of Tony Stark that you wanted to dig into for this film?
RDJ: Well, kind of like what’s already been said: The Avengers even surprised us to a certain extent. I feel like James [Rhodes] and Tony were not explored as much as they could be, and I feel like, to me, that was the heart of what was great about the comics. Also, we tried to be practical in a post-Avengers world. What are his challenges now? What are some limitations that might be placed on him?

SB: The way to pull off doing a 3, if you’re ever in that position as I am lucky enough to be, you have to find a way that the story emerging is still on-going. By the time you’ve finished 3, it will emerge as something culminating in a trilogy. In other words, how has the story not yet been completely told? I think we’re getting there. I think we’ve found ways to make this really feel organic based on what’s come before.

Q: Iron Man 2 really helped set up The Avengers movie. How will Iron Man 3 focus on Iron Man without setting up the next Avengers?
SB: Well, I’ve already said that this is a very Tony Stark-centric film, and maybe not just Tony, but his world. It was important to us, as part of the sort-of grand plan from Iron Man to The Avengers was building that up. Frankly, the first step in the grand plan of Iron Man 3 is to show that they are just as interesting, if not more so by themselves. Iron Man 3 by design is a very serious character study. It’s not a very serious movie, but we really dug into exploring more about Tony, James and Pepper, without calling S.H.I.E.L.D., without calling Thor, without calling Captain America to be here in five minutes or any of that.

Q: Robert, tell us about your dynamic with Shane. How was it working with him on Iron Man 3?
RDJ: Well, I’ve known Shane for a while. Kiss Kiss Bang Bang was one of my favorite experiences. The script was practically perfect, but we improvised anyway.

RDJ: We’ve made enough mistakes together that we’re all kind of seasoned at this point. I think that the main thing is Shane’s storytelling.

Q: Robert, how many more generations does the Iron Man suit have to go through before you really think it’s “there?”
DC: The Iron Man suit is really spectacular in this one.

RDJ: I think it was great in the comics that there was a sort of “suit envy” [between Tony Stark and James Rhodes]. By the way, I also find it really interesting that there were fans today who had anger that the suit was gold. I mean, of all the things in the world to get angry about.

Q: Will we get to see more of Tony Stark’s “dark side” in Iron Man 3?
RDJ: Yeah, I think that's the big idea. But also, interestingly enough, this film has a lot of breadth to it... We realized in the beginning of Iron Man 2 that Tony’s dying. Wow! Then he has a party. Then he’s drunk. Wow. And some people are saying, “We don’t like him.” There’s a way to enjoy all of that shadowy stuff, and still... Although, Tony won’t fall off the wagon, like the second film.

Q: We take it for granted now, but The Avengers was an incredibly ambitious project. Talk about the process of ensuring the previous films and the current film don’t step on the toes of any larger Marvel properties.
KF: Well, Iron Man 3 is the beginning of the next phase, so it will set the tone in a lot of ways. It’s a self-containing story.

Q: How important is romance to the story of Iron Man 2 and 3? Will there be more romance in Iron Man 3?
SB: The remarkable thing that Jon Favreau managed to do when he forged these movies was that he established a precedent of espionage, Top Gun-style thrills coupled with romantic comedy, in a strange way. It’s always sort of been the mainstay of these movies. So, that’s part of my favorite thing about this. The romance is definitely a part of this, and obviously with Gwyneth [Paltrow] coming back... Time has passed. In The Avengers, Gwyneth and Tony are together, doing great.

RDJ: Kevin [Feige] said there’s never been a movie like this where the lead guy is in a relationship with a girl he’s going home to at the end of the night. However, [James] Rhodes is single! (to Don Cheadle) What are you going to do about that?

DC: Is this a dating service?

Q: How do you keep audiences from feeling overloaded with so many Marvel films being released?
KF: Well, I’ve been at Marvel for 12 years, and we’ve had to worry about that all the way back to when X-Men came out and two years later, Spider-Man came out. The formula is just to try and make great movies; try to make them all different, all fresh! I think you’ll see in Iron Man 3 that there are some very unique plot points, and some very unique directions that we are taking [with] the character and franchise.

SB: What Kevin is basically telling you is that we’re allowed to take some risks. I think that’s very notable, and I think it’s very admirable.

Q: Robert, how does it feel to be a hero?
RDJ: Well, I think I speak for any of us when I say that it’s a great opportunity. It’s an odd thing. I take it as seriously as Shakespeare.