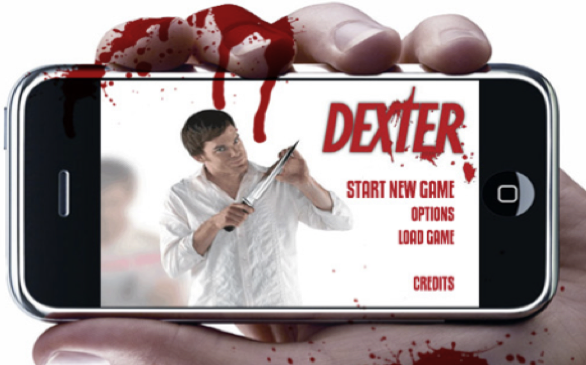 Ecko came up with the concept for "Dexter the Game," available for the iPhone and iPad.
(Credit: beingmarcecko.com)

Campus Circle got a chance to sit down with philanthropic entrepreneur and fashion mogul Marc Ecko to discuss “Dexter: The Game 2,” and his expansion beyond his Ecko clothing brand into putting a mark on popular culture. Read on for this exclusive interview.

Campus Circle: How did you start the collaboration with “Dexter” and other brands, such as Marvel and Star Wars?
Marc Ecko: With “Dexter” I reached out –classic kind of “fanboy falls in love with show.” It was season one, six years ago. I reached out to Matt Blanc at Showtime, and invited him to dinner and was like, “I love the show, I want to make the game.” He thought I was crazy. He was like, “You make sweatshirts! What the fuck are you talking about?,” and I convinced him that the emerging IOS system was  going to be viable for game development. Having developed console games in the past, I was really convinced that this brand was special, and that the production value, the music, Michael [C. Hall], his voice, just this kind of superhero journey with a Batman-like narrative would lend itself [to a game]. Playing a serial killer is crazy!

CC: How did this branching out occur?
ME: Well, this tapestry of pop culture is kind of what I’ve been doing for a decade now. My very first collaboration was with Marvel comics and then NFL, over a decade ago. Since, I’ve collaborated with Lucas and Star Wars and DC [Comics], and many pop stars and artists [like Wisin and Yendel]. I’ve been blessed to use my platform like Legos. Yes, my core, my yellow brick, my blue brick, is my core Ecko Rhino stuff, all my Cut & Sew stuff. To be able to collaborate with guys who are actually making popular culture is awesome! I grew up with a remote control, this is what happens. I guess I’m proof that TV is bad for you. (laughs)  Or maybe it is good for you.

CC: The good thing about pop culture within movies, TV and games is that it’s more of a shareable experience.
ME: It’s participatory exploration. That’s what I call it. I think NASA coined that phrase when we all look up at the moon at the same time, when we all looked up to watch the man walk on the moon. It’s participatory exploration. Batman is that. Star Wars is that. We get to participate, and we get to explore, and we get to feel and immerse ourselves. It’s one of the great gifts of pop culture. Some folks think it’s bad for the world –I think it's creative spirit.

CC: There seems to be a burgeoning of consumer participation with brands and with pop culture.
ME: The great brands respect their audience; they allow them to participate on the canvas. The consumer has a vote. Comic-con is a validation of that; that’s the spirit of Comic-Con.

CC: So what’s your personal favorite season of “Dexter?”
ME: Oh my goodness. I still have to say – only because of just how poetic it was and disruptive – I’d say season one. But they’ve all been great. They’ve been very consistent. The Trinity killer season was really strong. The first season was so elegant.

CC: Do you have any plans for a “Dexter” collaboration beyond the game? Maybe a line based on Dexter’s Code?
ME: Yeah, we have some stuff. We have a watch. I did the “Kill” Henley, which comes out this season, where we actually vacuumed-sealed the Henley like a piece of meat. I built this relationship with the Showtime guys over the years where it’s like, “Hey, would you let me…” and they’re like, “Sure.” It’s good vibes.

CC: Did any themes or homages to the show inspire the projects?
ME: On the watch, this prototype is based on the watch that Harry gave Dexter, and it’s actually made by the Timex group. It’s very old school: it has the old elastic band that’s based on the old-school analog watches from the ‘80s. There’s no hands; the movement will be based on what would’ve otherwise been the time and date, so it’s kind of this subversive thing, the way we just hit the pops of red. It’s more subtle, and I tried to make it so that if Dexter would actually wear the watch, what would be believable? And it comes in a blood slide box.