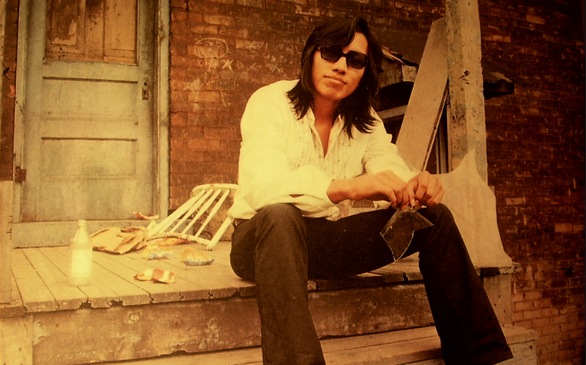 Searching for Sugar Man is the final word on the legend of Sixto Rodriguez, a little-known folk singer based out of Detroit in the late ‘60s. Beginning as a dive bar musician in his post-Motown hometown, Rodriguez was picked up by accomplished producers Dennis Coffey and Mike Theodore, who aided him the in creation of the musician’s first album, Cold Fact. Despite rave reviews from both critics and industry executives alike, Cold Fact and Rodriguez’s follow up release, Coming from Reality, both flopped, posting abysmally small numbers in sales. Consequently, Rodriguez was dropped from his label and his career never took off.

Rodriguez subsequently drifted back into obscurity and his albums were soon forgotten. The popular belief was that Rodriguez passed away as the result of a gruesome on-stage suicide, but these rumors were never confirmed. Unbeknownst to anyone in the States however, a copy of Cold Fact had made its way to South Africa in the height of the Apartheid.

The album spread like wildfire, and Rodriguez’s songs went on to embolden a generation of oppressed youth. Completely unbeknownst to him, Rodriguez became a rock legend in South Africa with a reputation comparable to the Beatles or Dylan.

Searching for Sugar Man is the story of how two music buffs from Cape Town tracked down the fate of their musical hero, only to find him alive and well and living in Detroit nearly 40 years later.

If this movie has anything going for it, it is one incredible storyline. It’s really a fascinating concept, delivered with the kind of expectation and excitement felt by each person that was a part of Rodriguez’s 1998 live debut in Cape Town.

Despite the enthralling storyline and captivating music, there are certain aspects of the film that appear elementary, or even amateur. Because of a lack of footage of Rodriguez in his earlier years, writer/director/producer Malik Bendjelloul was forced to employ an alternate method of storytelling to fill in the visual gaps. In this instance, Benjelloul chose to employ animation as a method of providing a visual for events that he did not have footage for.

Albeit well intended and cleverly introduced, the animation sequences used in this film tend to distract the viewer from the power of the storyline they are following. The image of Rodriguez’s rebirth as a musical icon is vivid enough without visual explanation; there is no need to cheapen this entrancing story with canned graphics to achieve a goal that could have been easily attained using stock footage.

Nevertheless, the overall accomplishment of this film is the recognition of a man whose music deserves to live on, and in this respect, Searching for Sugar Man is nothing short of an absolute success. Crafted with more passion than precision, this film finds its appeal in content rather than presentation. Informative, entertaining, and even inspiring, Searching for Sugar Man is well worth a watch.