KCRW's Summer Nights Bring Free Concerts to a Venue Near You 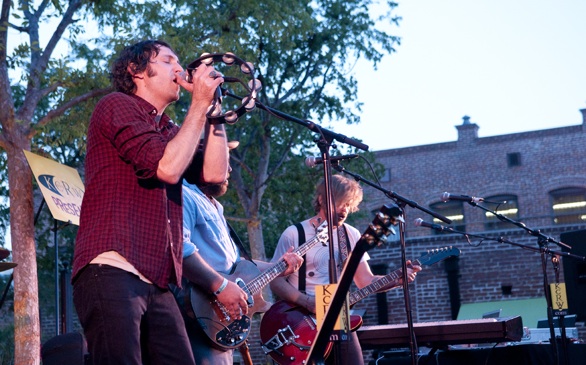 KCRW returns again this summer to host its annual free concert series, Summer Nights, in Los Angeles. The event tours around to different locations in Southern California, bringing with them some of L.A.'s hottest acts, as well as some promising local up-and-comers. The shows are all outdoors, all ages and most importantly, free.

KCRW kicked off their Summer Nights series on June 9 with a performance by Bahamas –– a.k.a. Feist's ex-guitarist Afie Jurvanen –– and Americana group Delta Rae at One Colorado in Old Town Pasadena. In addition to One Colorado, KCRW has also partnered with venues the Hammer Museum in Westwood, the Annenberg Space for Photography in Culver City, the Segerstrom Center for the Arts in Orange, the Santa Monica Pier, Chinatown and California Plaza in Downtown in order to expand its geographic domain.

In correspondence with the Annenberg Space for Photography's exhibit "Who Shot Rock & Roll: A Photographic History, 1955 to the Present," set to run now through October 7, KCRW and Annenberg have teamed up to bring you performances by such headliners as Portugal. The Man, Band of Skulls, Moby and Raphael Saadiq.

Monday, July 23 at the Segerstrom Center for the Arts
The Nightmare Before Christmas, hosted by Matt Holzman

Friday, August 3 at Noon at the California Plaza
The Belle Brigade